Project Runway: You Can Totally Wear That Again

This week on Project Runway, the designers are challenged to turn bridesmaid dresses into something you really can wear again. The models this week are the actual bridesmaids, who bring with them horrible gowns of various shapes and sizes. The designers were given $50 and a maximum of 2 yards of fabric for this challenge. This week, the designers face a designer showcase in front of the public, as well as, facing the judges on the runway. The public votes for their favorite by placing a button in a fishbowl next to the garment of their choice. After the showcase, the designers fix some problem areas, while they prep the models. Designer Cynthia Rowley, who just released a line of bridesmaids dresses, is the guest judge for this challenge. Many of the garments are cut very short, to varying degrees of success, because of the lack of fabric given to them.

Bottom Two: Peach (sent home) and Michael D. The judges thought both of their dresses looked better before the transformation.

What do you think about our winner and loser this week? Are the judges right to praise Michael C. or do the other designers have it right? 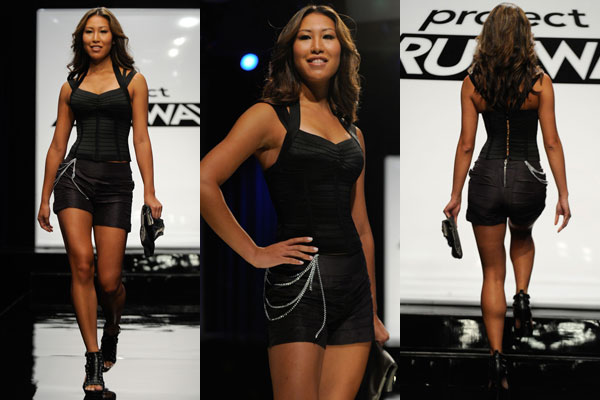 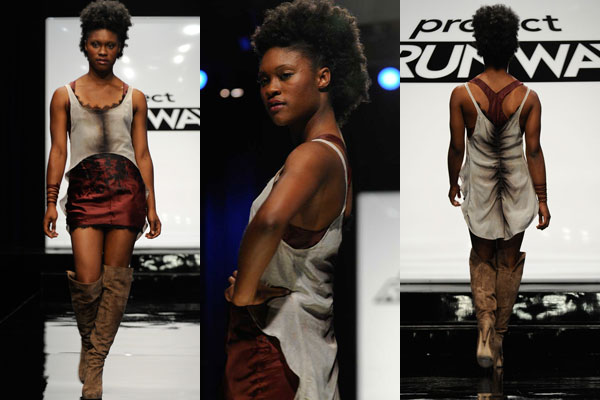 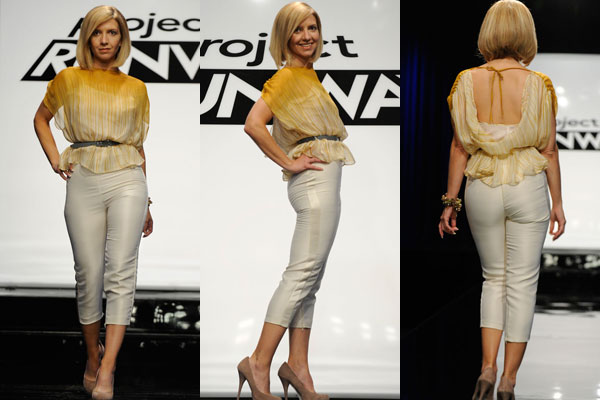 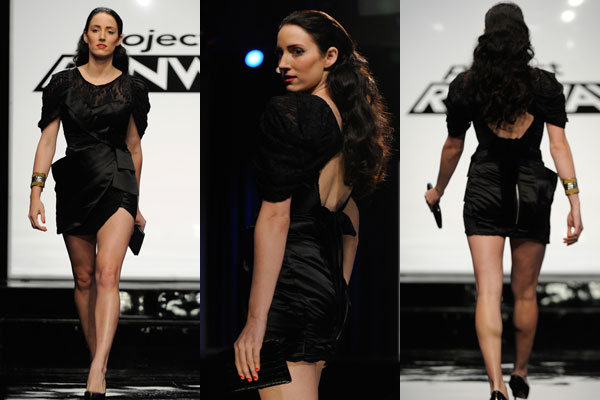 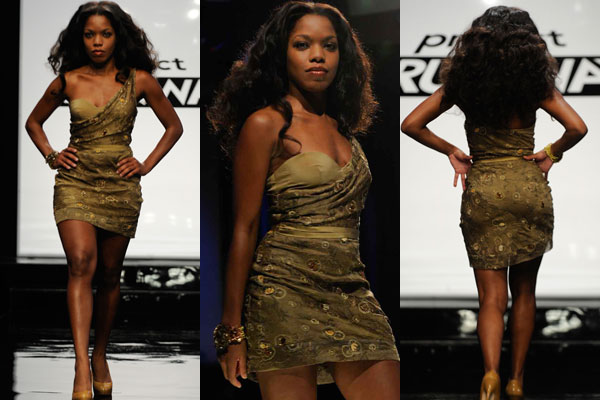 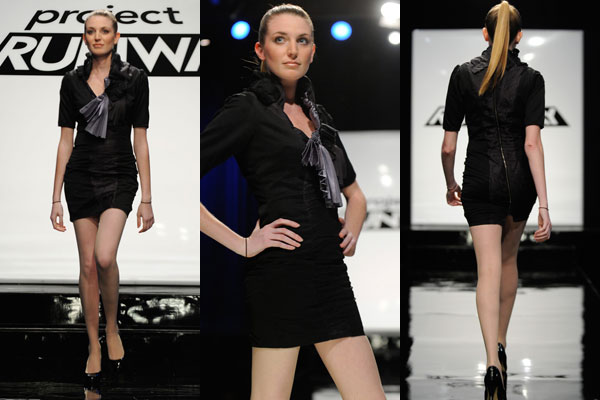 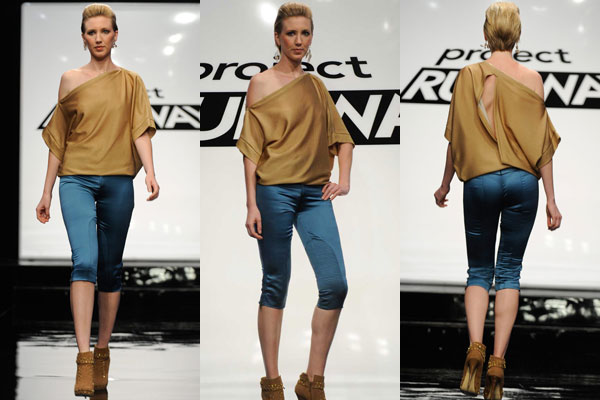 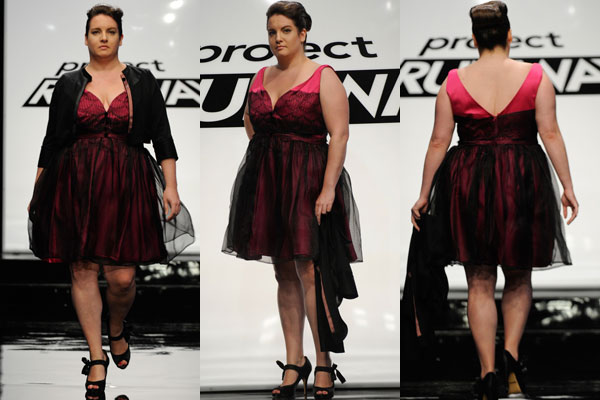 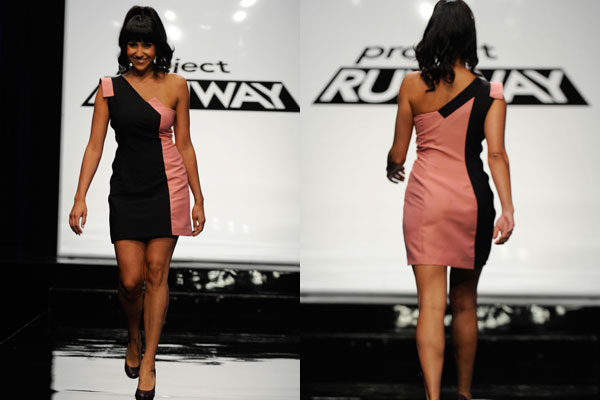 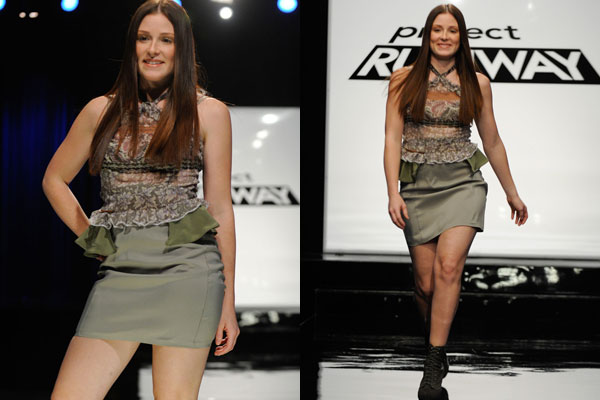 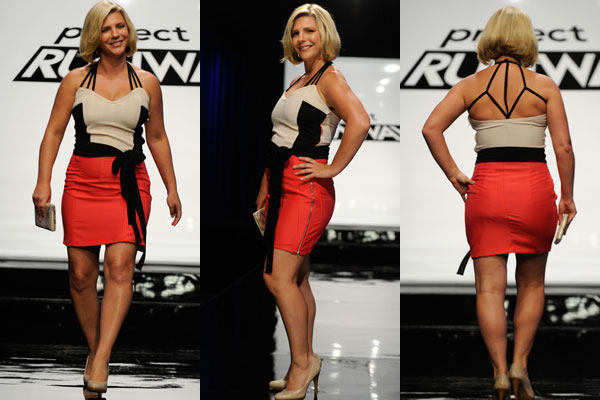 Michael C. surprises the other designers by winning immunity for next week.

The judges though Michael Drummond's dress looked better before the challenge.

Peach is sent home with this badly designed garment.