There’s a wonderful exhibit in New York at the moment: a beautiful overview of the work of the great Spanish couturier Cristobal Balenciaga. It’s at the Queen Sophia Spanish Institute until the 19th of February, at which point it moves (slightly augmented) to the de Young Museum in San Francisco (it will be there from March 26 though July 4, 2011).

I’ve often asked people in the fashion world, people whose opinions I respect, to name their favorite designer. The response is, more often than not, Balenciaga. ndeed, the New York Times, in 1967, wrote “No one in the French couture can match him.”

While Balenciaga opened his couture house in Paris in 1937, it was Spain, as Hamish Bowles put it, “that cast the longest shadow.” To Diana Vreeland, Balenciaga’s “inspiration came from the bullrings, the flamenco dancers, the loose blouses the fishermen wear, the cool of the cloisters.”

And to quote Coco Chanel:
“He is the only couturier who knows how to cut in fabric, and mount it, and sew it with his own hands. The others are just draughtsmen.”

Indeed. See for yourself…

Kenneth King and I attended the exhibit’s press review. A number of photos follow; the first six are publicity photos from the exhibit. 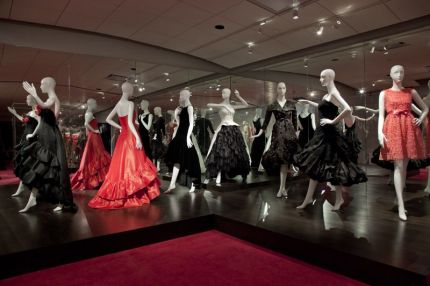 One of the showcases; photo by Kenny Komer. 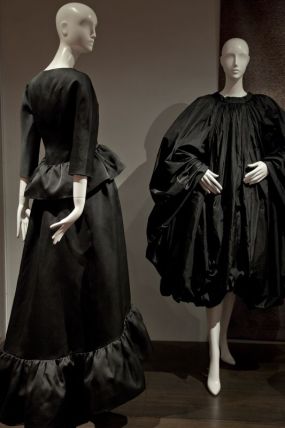 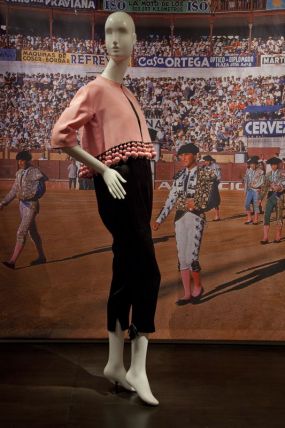 An evening ensemble from 1960. The romper is of black silk charmeuse and the bolero of pink silk faille; photo by Kenny Komer 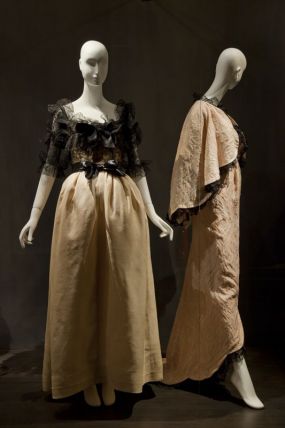 Two elegant evening looks; the exquisite lace on the one on the left looks lighter than…