No matter how talented a Project Runway designer is, there’s always the question – can he or she make designs that will sell? After all, isn’t it some measure of a designer’s success to create garments that people want to actually wear?

The eighth challenge, “Starving Artist,” had the designers scrambling to earn fabric money on the streets of New York City. Before they could buy materials at Mood, they had to sell items that they had made.

The challenge stared off with the designers being grouped into three groups of three designers each.
Each team had to come up with two complete, cohesive looks for fall.

The teams were Alicia, Dmitry, and Elena; Melissa, Fabio, and Ven; Gunnar, Christopher, and Sonjia.

The guest judge was designer Anna Sui, who’s known for her gothic princess designs and for savvy business acumen (she has a very succesful and widely offered garment line, plus cosmetics and perfumes).

On to the results and the autumn designs! 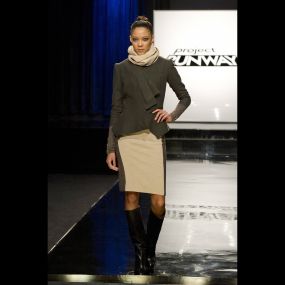 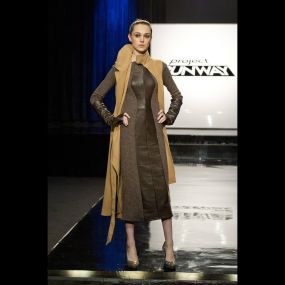 Alicia, Dmitry, and Elena created two looks that didn’t score with the judges. 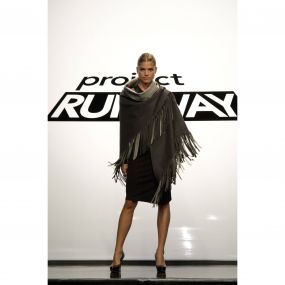 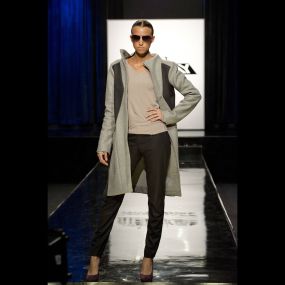 Fabio, Melissa, and Ven made a good showing, but just didn’t win this time. Here are the two looks their team designed: 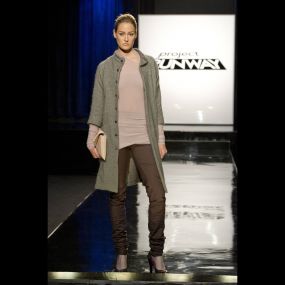 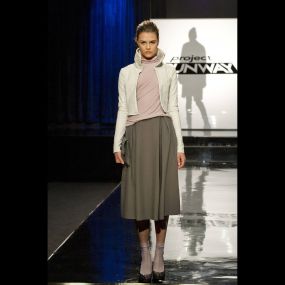 Did you like the team challenge? What about the extra work the designers had to do, selling items to make their fabric money – do you think that was a good exercise in getting them to think of “real” consumers?

What did you like – or dislike about the winning designs? The losing designs? Would you have bought anything you saw on the runway in this episode?

Were you sad to see Alicia go? Happy to see Sonjia get a win?

One of Alicia, Dmitry, and Elena's final designs.

Gunnar, Christopher, and Sonjia created this fall look for the eighth challenge.

The other look by Gunnar, Christopher, and Sonjia.

One of Melissa, Fabio, and Ven's final designs for the Episode 8 challenge.

The other look by Melissa, Fabio, and Ven.