How to Sew a Basic Kick Pleat

In this excerpt from Threads #164 (December 2012/January 2013) contributor Pamela Leggett demonstrates how to sew an essential garment detail: the kick pleat.

A few years ago, I was teaching a sewing class in which the students drafted and sewed their own pencil skirts. I wrote most of the class instructions, but there was one aspect of the class I thought would be easy to find and relate from another source: the directions for a simple kick pleat.

I checked pattern instruction sheets, my sewing books, and DVDs. Surprisingly, I found that in its basic form, this construction detail is overlooked. So I created my own step-by-step tutorial for sewing a kick pleat.

My technique is simple. I mark and stabilize key areas, then sew and press for crisp corners. This kick pleat is a detail you can add to a self-made or commercial pattern. If a kick pleat is included in the pattern you are making, you may want to follow these simple steps for sewing it.

Draft your own
A kick pleat is an opening in a seam backed by a fabric fold or extensions from the seam allowances that form a pleat backing. If it is without a pleat backing, it is called a vent. If your pattern doesn’t already include the necessary extensions, it is easy to add them.

2. Vary the extensions’ size for your garment and style. Kick pleat extensions are typically 1-1⁄2 inches wide and long enough to reach from the hem to just above the knee.

3. Copy the garment pattern, adding the planned kick-pleat extensions to both seam allowances. Or, cut two extensions from paper strips and tape them to the pattern edge. 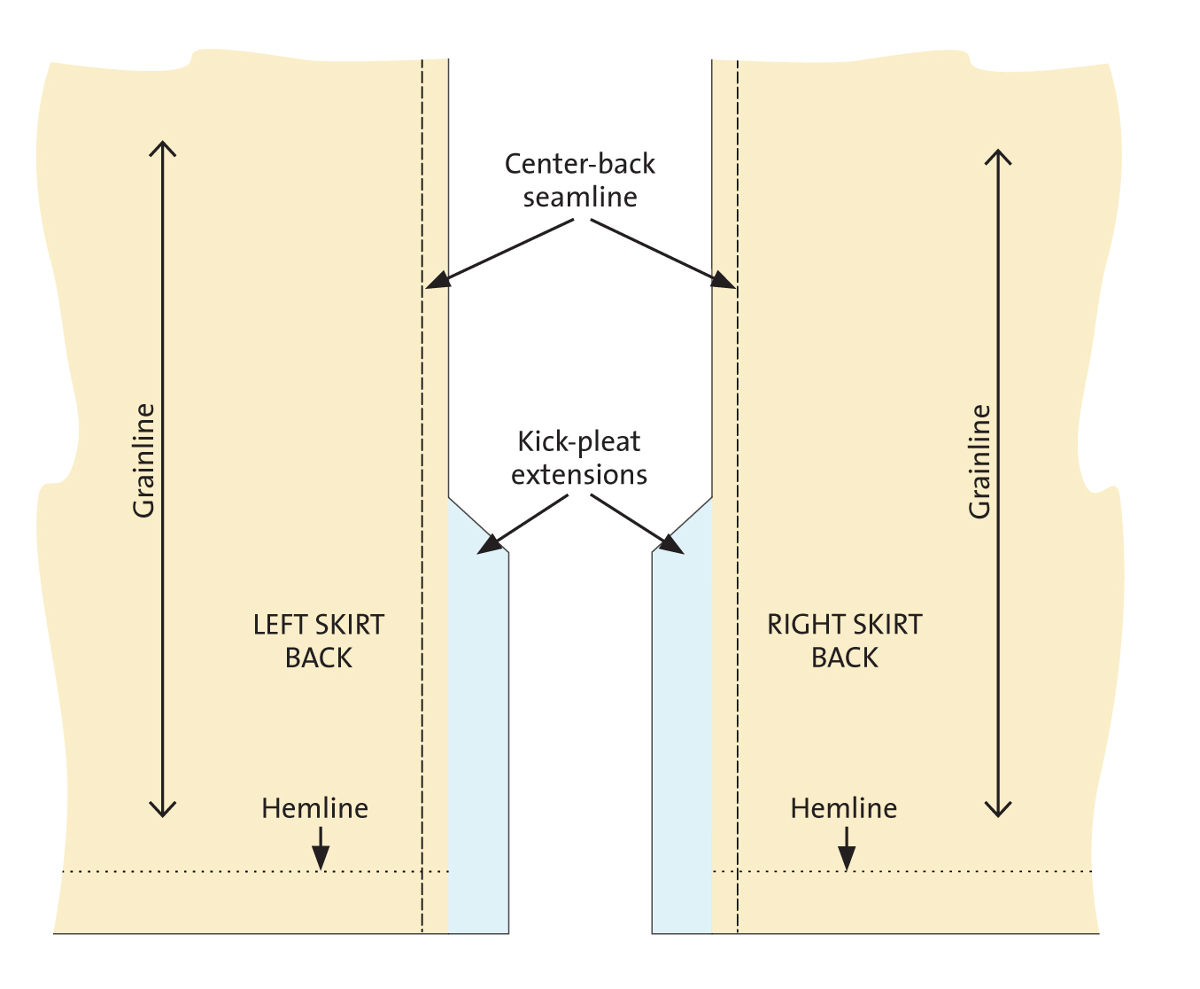 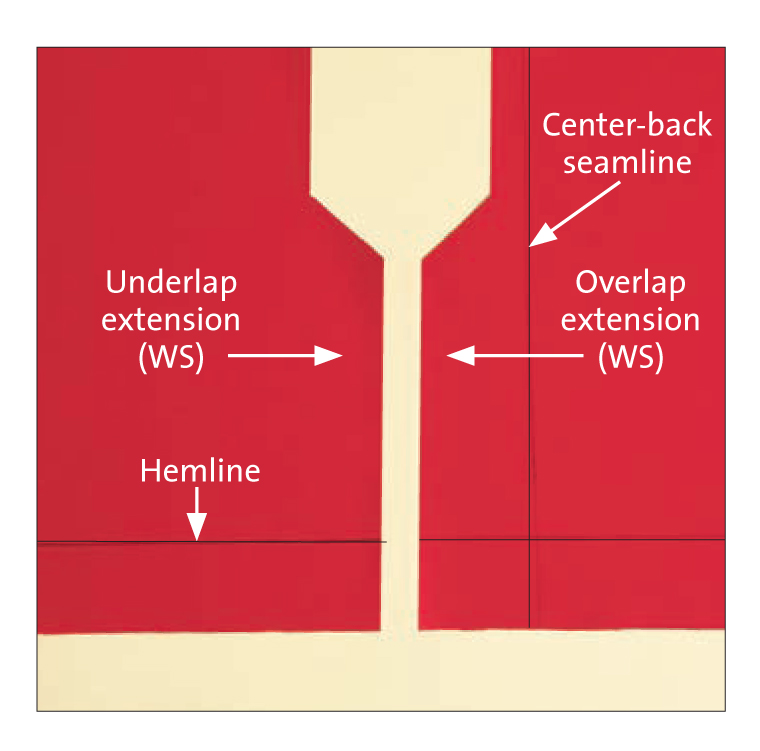 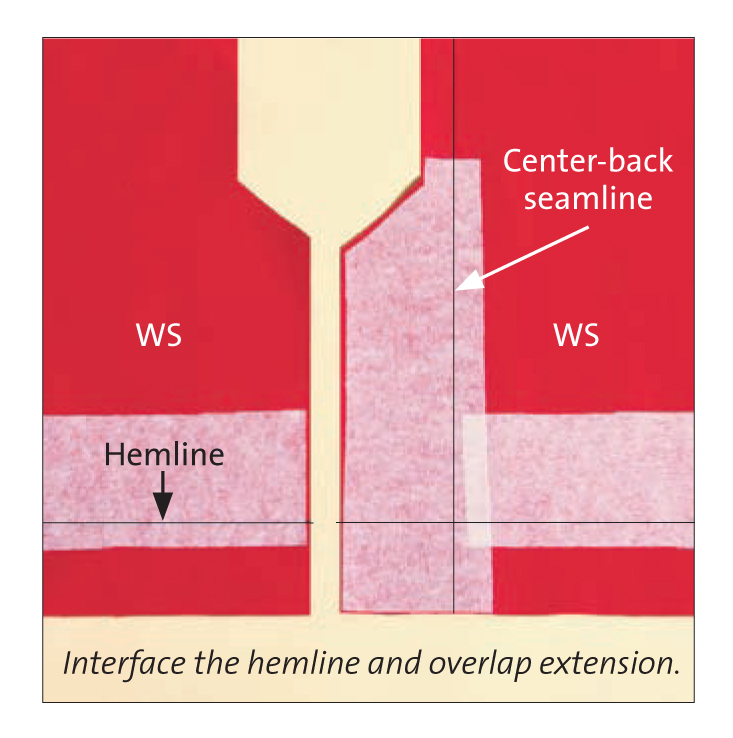 3. Fold the hem along the hemline on both pieces. Press. Fold the kickpleat overlap along the seamline and press. 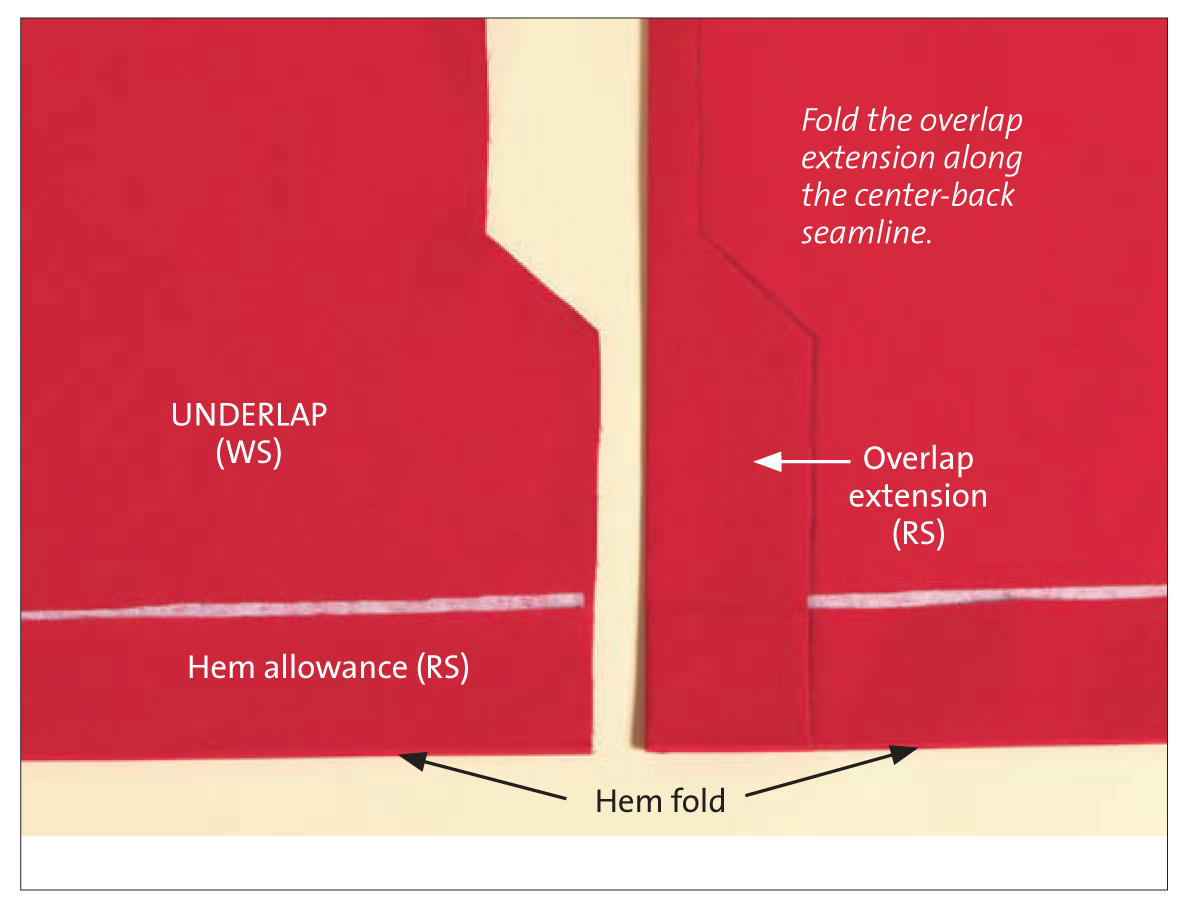 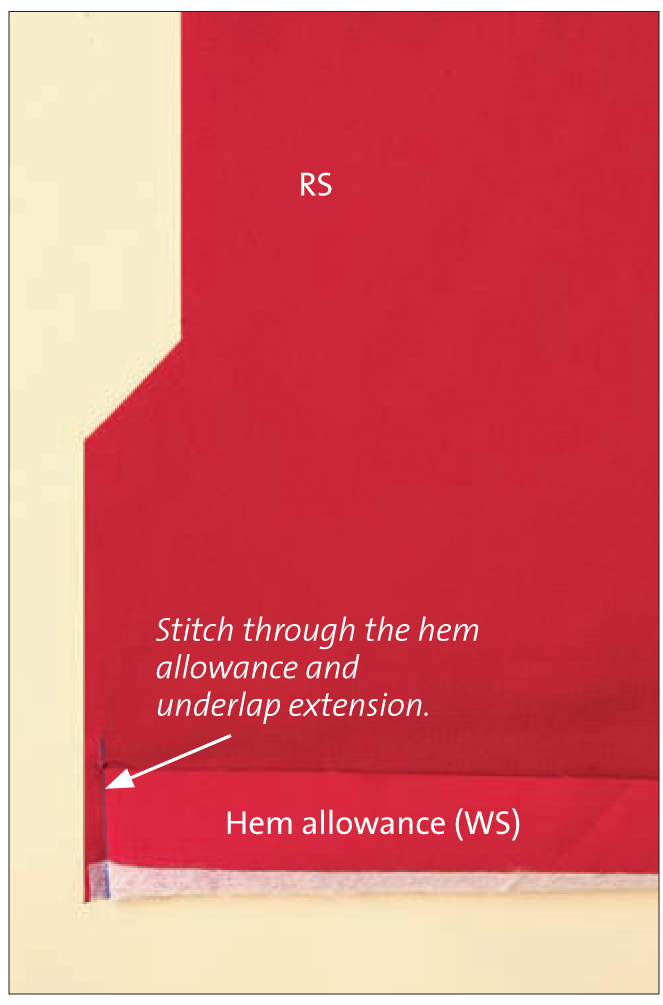 5. Fold the 1⁄4-inch seam allowance above the underlap hem to the wrong side, and finish with a three-step zigzag stitch. Repeat the edge finishing along the kick-pleat overlap’s edge. 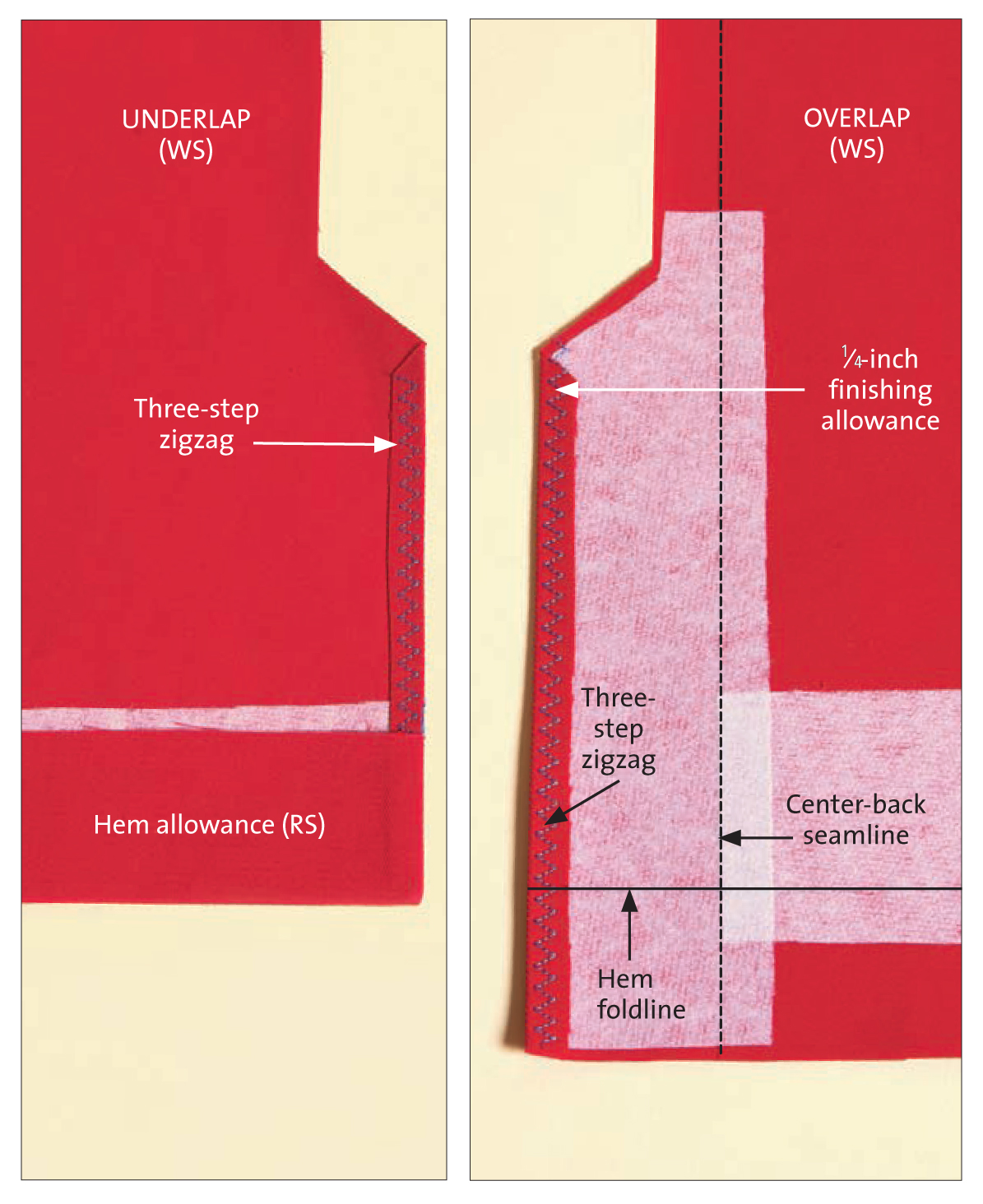 6. Turn the kick-pleat overlap extension over the skirt’s right side along the foldline. Stitch along the hem foldline to join the extension and skirt. Trim the overlap, as shown. Press the seam open with a point presser, and turn the hem allowance right side out. 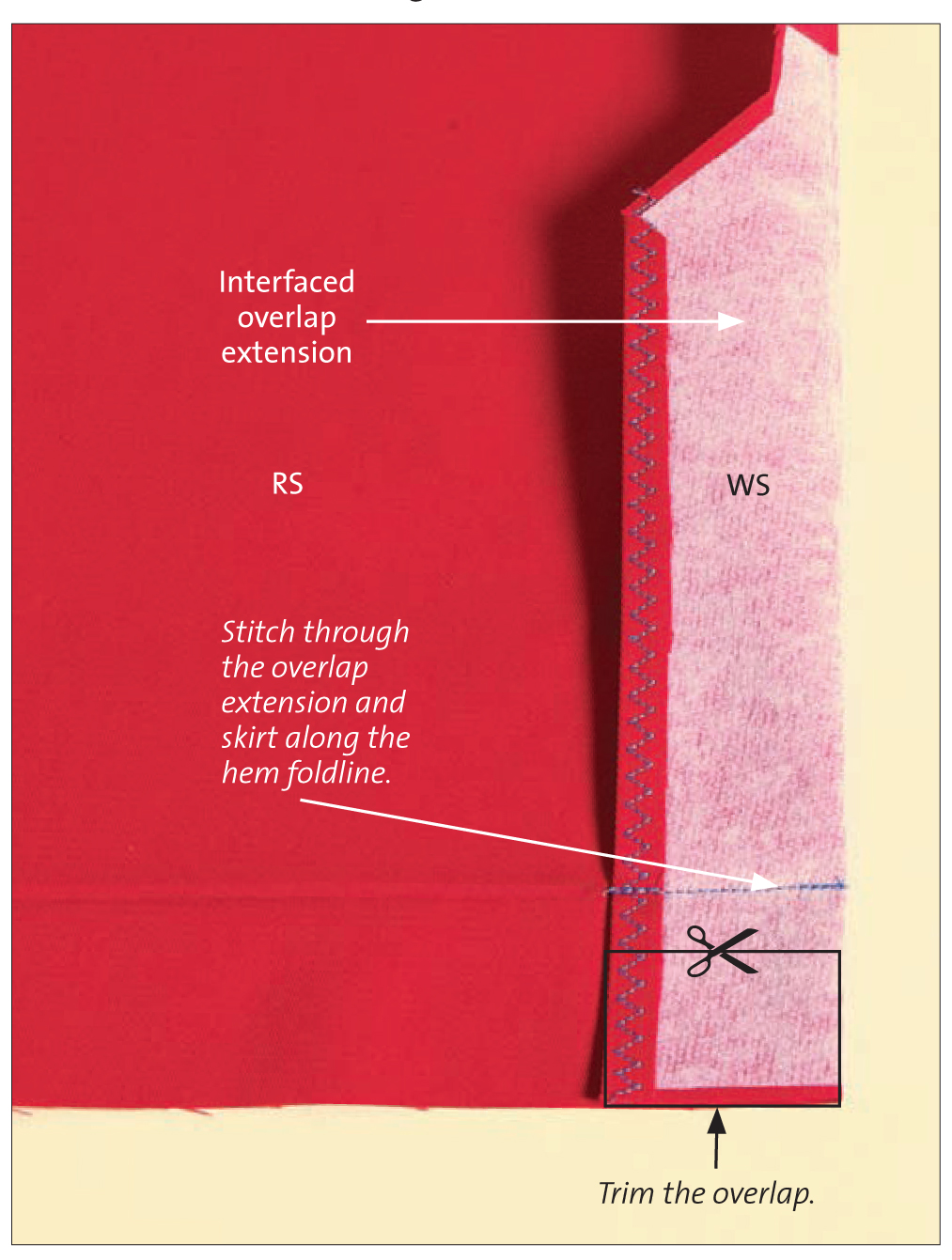 7. Sew the diagonal seam to join the pleat extensions. Pivot the work, and sew the vertical centerback seam. 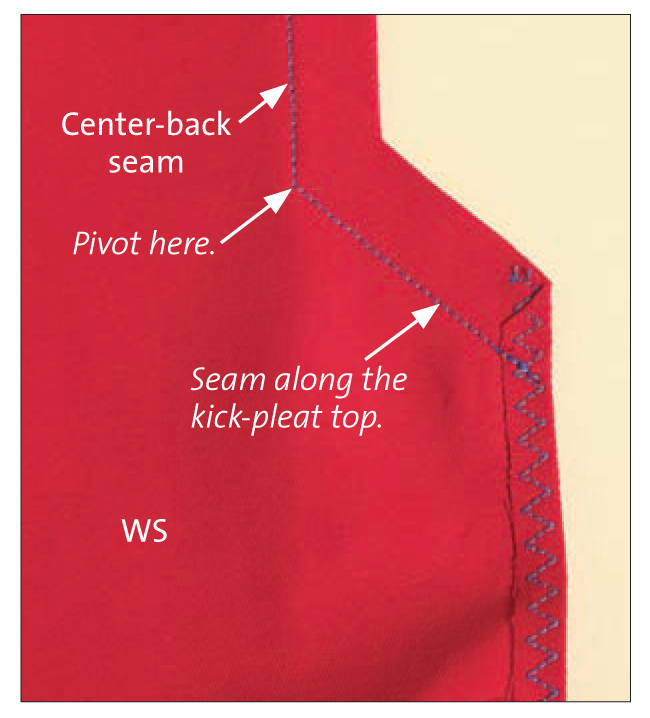 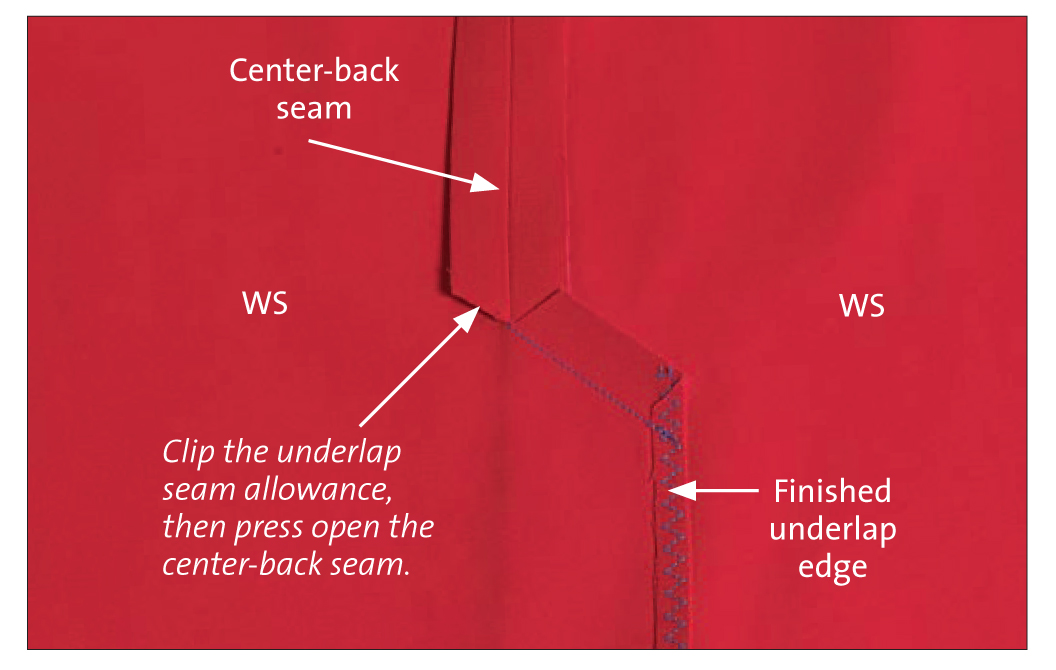 9. From the right side, topstitch the diagonal seam. Sew through three layers-the skirt and both extensions. 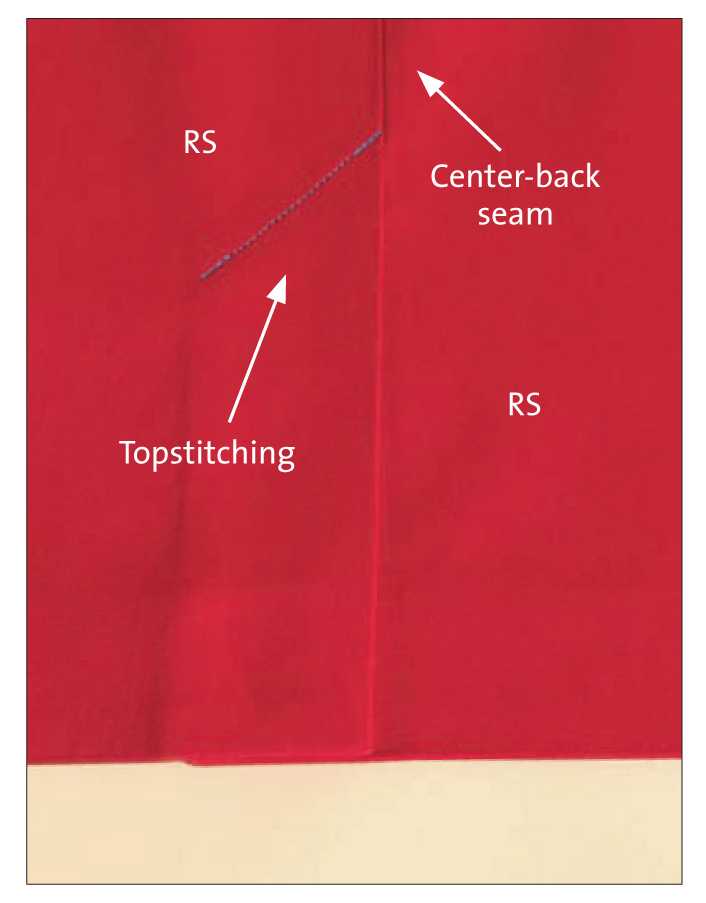 Draft your own kick pleat.