Dinner and drinks in a ping-pong parlor? The appeal escapes me, but Susan Sarandon‘s had enormous success with her SPiN Ping Pong Social Clubs across the country. In this episode of Project Runway Season 11, the design teams had to come up with new server and ball-boy uniform for the chain.

The designers were kept in the same teams as Episode 1: Team Keeping It Real and the Dream Team. The excitement visibly drained from their faces when Heidi gave them that news.

Susan Sarandon served as the guest judge. The rest of the judging panel included Zac Posen, Heidi, and Nina Garcia.

On to the designs!

The winning designer was Layana Aguilar, with help from Daniel Esquivel: 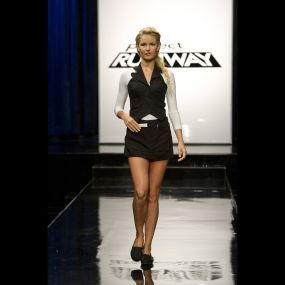 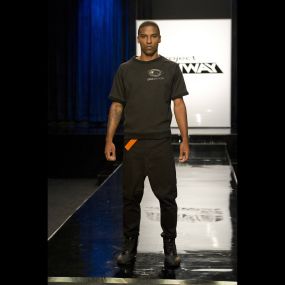 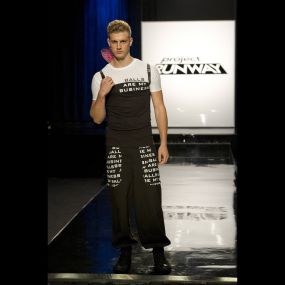 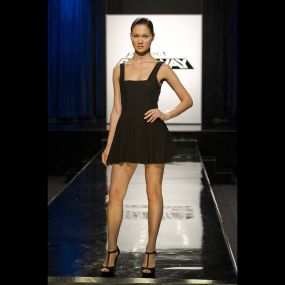 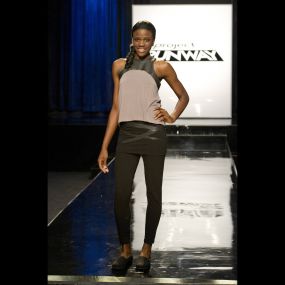 The losing designer was James Martinez: 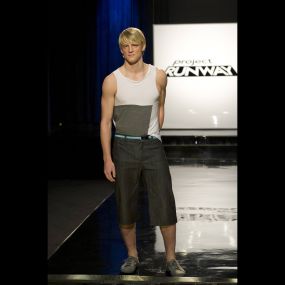 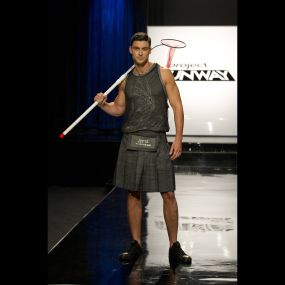 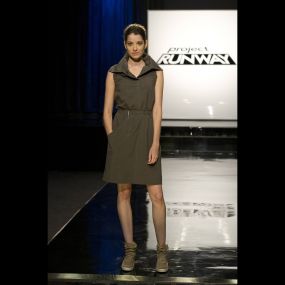 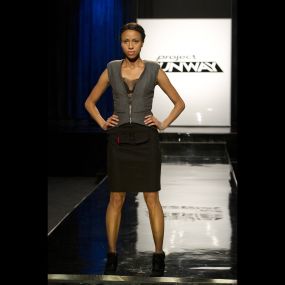 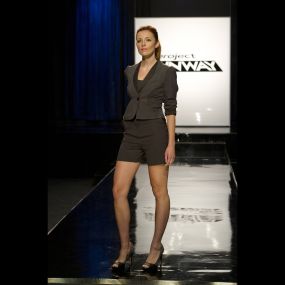 Did you like the challenge? Personally, I was underwhelmed at the prospect of seeing black and white restaurant uniforms. However, the team dynamic did keep me interested.

Were you sorry to see James go? Do you think Cindy deserved to go instead? I’ll miss the comic relief from James. He was particularly clueless.

What about Benjamin’s hubris?! I think he’s due for a big comedown, if the producers’ past record for editing for arrogance holds true.

Tune in next week for more team drama!