In “The Ebony Fashion Fair,” Threads #168 (August/September 2013), author Claire Shaeffer provided an exclusive, behind-the-scenes look at some of the fabulous designs featured in the Ebony Fashion Fair (EFF) and now on display at the Chicago History Museum. The museum pays homage to what became known as the world’s largest traveling fashion show in its EFF exhibition through January 5, 2014. Here are three more of the extraordinary haute couture garments from the Ebony Fashion Fair that you can expect to see at the museum exhibition.

Pierre Cardin (France)
Ball gown, haute couture, fall/winter 1988–89
The skirt on this sequined dress has five tiers. Each has a metal hoop encased in the hem so it stands away from the body. This gown catches the light and the motion of the dance on a ballroom floor. 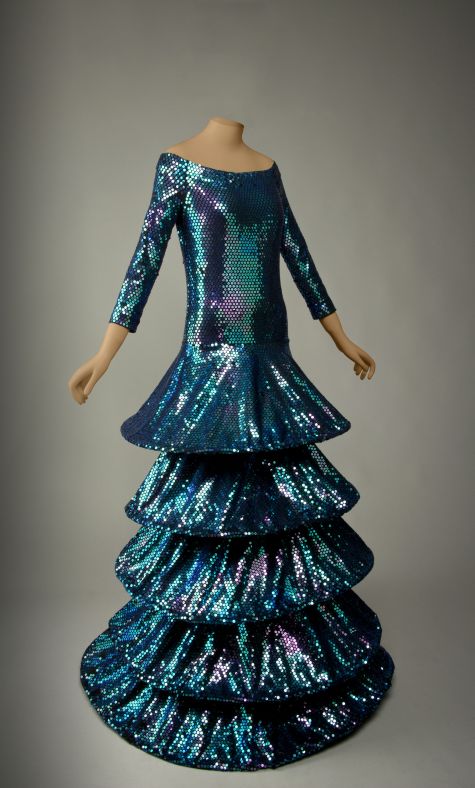 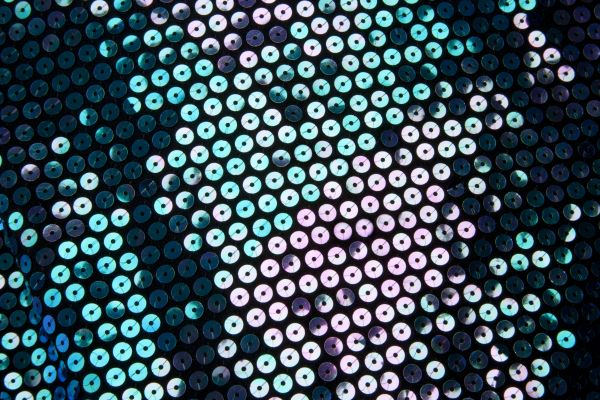 Yves Saint Laurent (France)
Evening dress, haute couture, fall/winter 1979-80
Fabricated in red moiré taffeta, the Saint Laurent Picasso dress is trimmed at the neckline and hemlines of the sleeves and skirt with a narrow, braided piping. The piping was hand-sewn to the finished edge of the garment; then the lining was hand-sewn to the piping. Multicolored strips of satin were appliquéd to the skirt with silk thread and satin stitching. To support the skirt at the hem, the silk taffeta underskirt was stiffened with horsehair braid and a double ruffle was hand-sewn to the underskirt about 5 inches above the hemline. 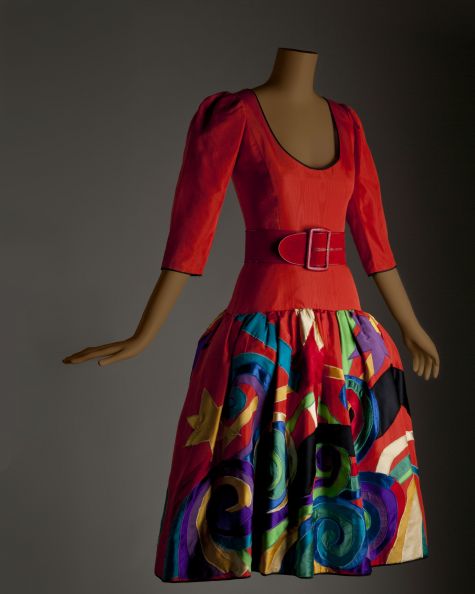 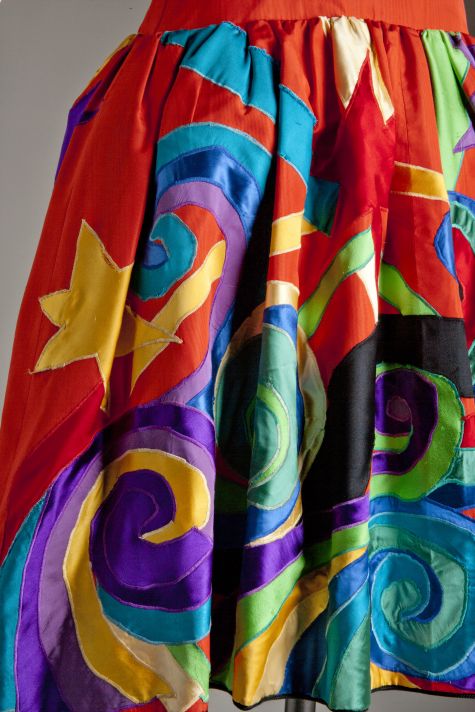 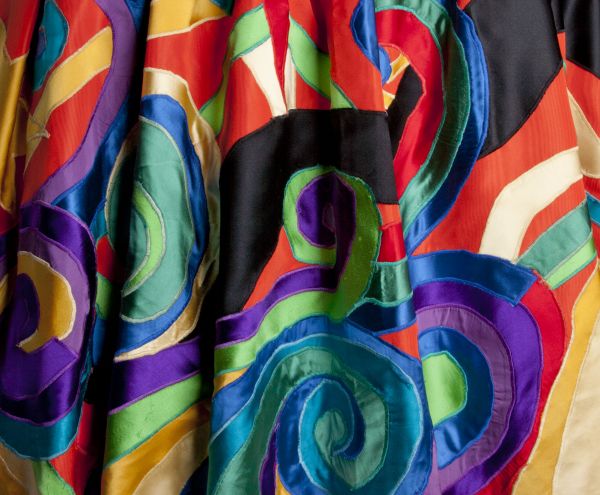 Stephen Burrows (America)
Evening dress, Spring/Summer 2007
The first African American designer to achieve international recognition, Stephen Burrows made his first dress when he was 8 years old and launched his line in 1963. This multicolored dress is fabricated in Burrows’s favorite fabric–matte jersey. The individual color-blocked sections are seamed, and then topstitched with a zigzag stitch so they will lie flat. 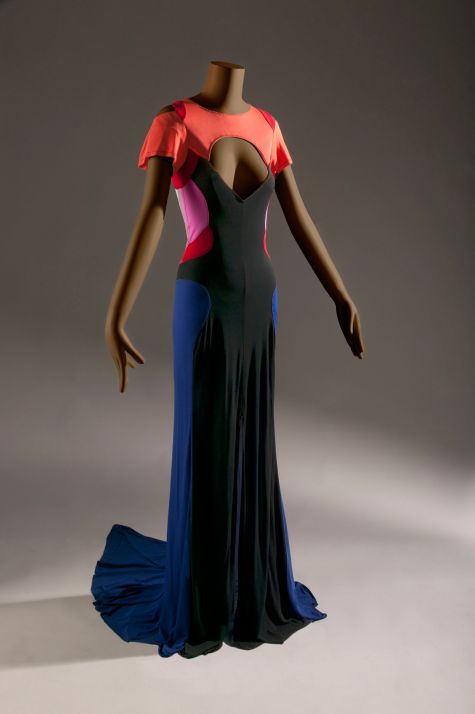 Did you ever see the Ebony Fashion Fair? If you plan on attending the museum exhibition, what are you most excited to see?

The Ebony Fashion Fair began in 1958 and became known as the world's largest traveling fashion show.

The EFF will be on display at the Chicago History Museum through January 5, 2014.