The button bag appeared in Episode 2 – but not for a team challenge. Heidi appeared on the runway with all of the models, and each model was wearing fabulous precious-stone jewelry.

As each designer’s name was drawn from the button bag, he or she chose a model and went off to create an outfit based on the model’s jewelry. There were diamonds, rubies, sapphires, and emeralds, in settings from contemporary to vintage.

The jewelry’s total worth was more than $30 million – and the runway show was framed by two armed guards!

The designers shopped at Mood Fabrics for this episode… except for Timothy Westbrook (Mr. Sustainable from Episode 1). Timothy went through Mood’s garbage to find some of his materials,

The guest judge was Eric Daman, the Emmy award-winning costume designer for “Gossip Girl” on the CW network. 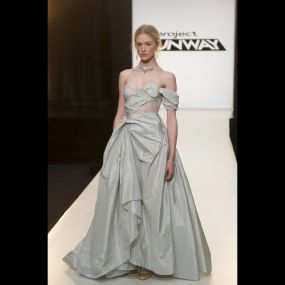 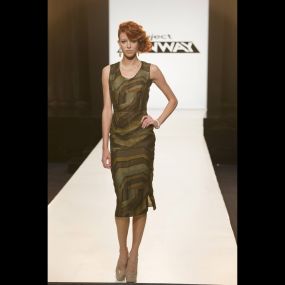 The best of the rest 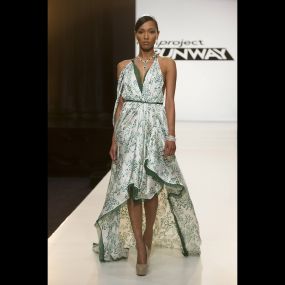 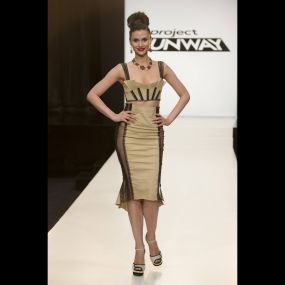 The worst of the rest 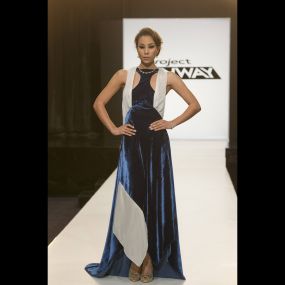 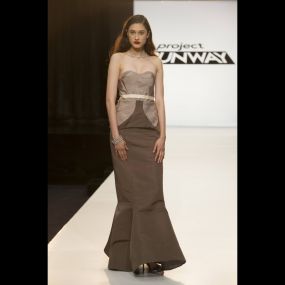 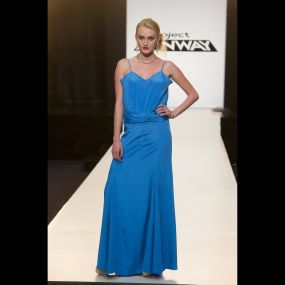 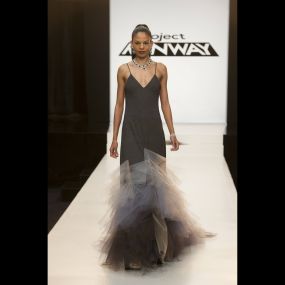 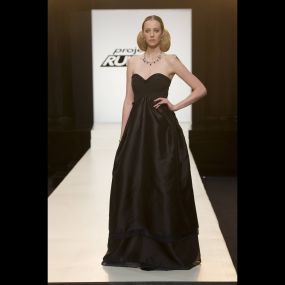 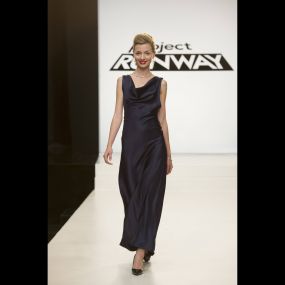 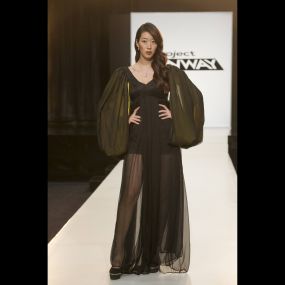 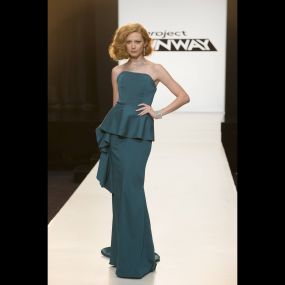 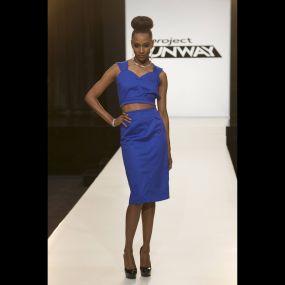 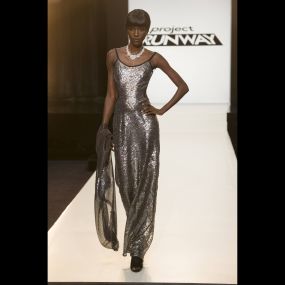 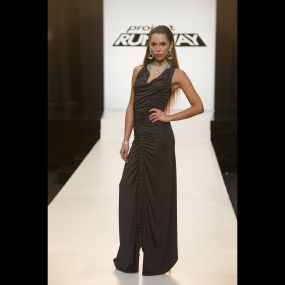 What did you think of the episode?

There were a lot of breakdowns – Sandro, Sue, and Helen seemed to be cracking already. Is it just me, or do there seem to be fewer sewing machines this season, so that the designers have to share or alternate. The sewing machine situation seemed to cause a lot of strife.

Were you surprised at the number of designers who seemed to make another version of their first challenge garment for this challenge (Miranda, Sue, and Alexandria)?

Oh boy, that Timothy. Well, even if he doesn’t make it past another challenge, I don’t think the audience will ever forget his name.

The challenge! Was there another design you think should have won?

Miranda Kay Levy has to make it work on Project Runway season 12.

Dom Streater's final design. Dom's was one of the best designs. She came a close second to winner Kate Pankoke.