In the latest Project Runway episode, the designers had to deal with unconventional materials as well as team dynamics. For some teams, the collaborations created amazing designs – while on one unfortunate team, clashing personalities led to an unprecedented failure.

To begin the challenge, the designers met with Tim and a Lexus representative. The remaining 12 designers were split into four teams of three (I’ll number them for convenience). Each team drove off in a brand-new Lexus (not to keep though!) to their choice of two out of three material sources: A healthy foods store, a vintage wallpaper store, or a general store.

The teams were tasked with creating mini-collections, one look from each designer. The designs did not have to reflect the Lexus cars, but it was a nice touch for the designers who managed it.

The top team and the winning design

Team 2, Kate, Karen, and Jeremy most impressed the judges with their tasteful and imaginative use of unconventional materials. Kate used black rice as “beads” and shaved coconut became a lovely textured detail on Karen’s design.

Jeremy Brandick won the challenge with a sleek white dress made from placemats and with glitter “racing” stripes: 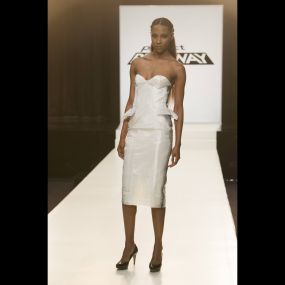 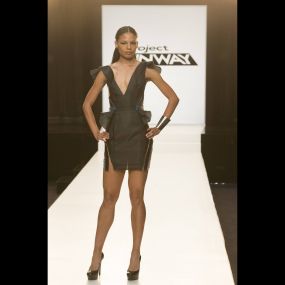 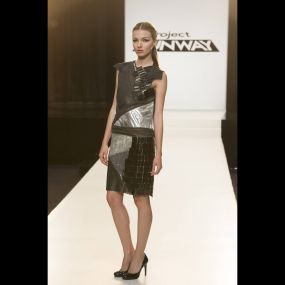 The worst team and the losing designer

There was discord in Team 3 from the start. Ken, Alexandria, and Sue couldn’t seem to overlook their differences enough to help each other. None of them were particularily inventive about the challenge, prompting an outburst from Tim on his workroom visit. He was very irritated that Sue had designed with curtains from the general store. How unconventional is that? To make a dress from curtain fabric?!

Ken was bossy, Sue was lost, and Alexandria was surprisingly meek. The disfunction came through in the designs.

Sue Waller went home for her design, which, in a Project Runway first, was not ready when the designers and models left the workroom. The model actually finished sewing the shoulder strap in the bathroom before she went on the runway. 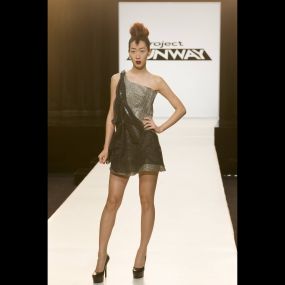 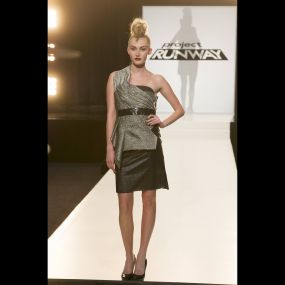 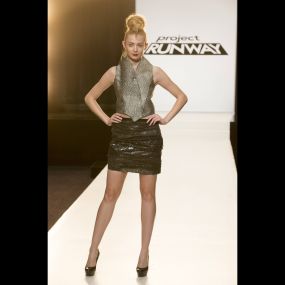 Team 1, Helen Castillo, Dom Streater, and Justin LeBlanc, did an unremarkable job. The judges didn’t comment besides declaring them safe. 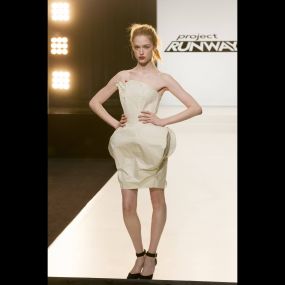 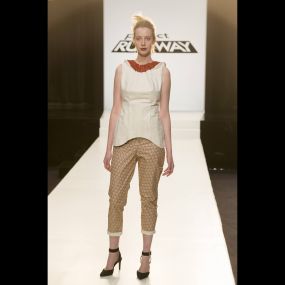 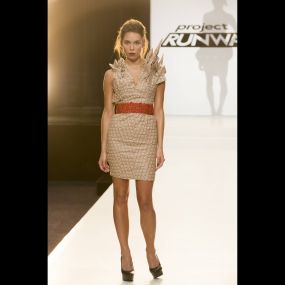 Team 4, Bradon McDonald, Miranda Levy, and Alexander Pope, did very well. The judges told them they were a very close second to Jeremy’s team. 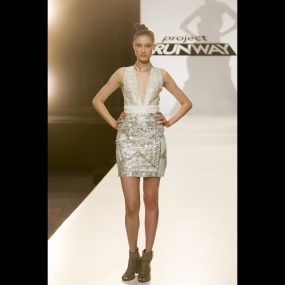 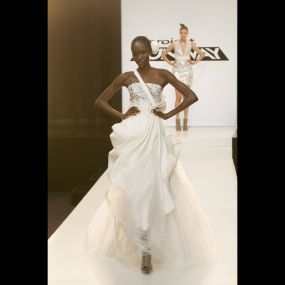 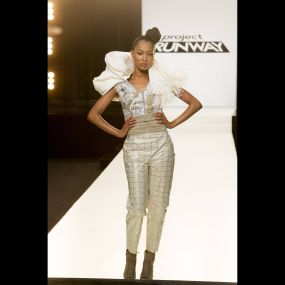 What about Ken’s behavior? I started to wonder if Sandino was the biggest bully on the season. I was so surprised that Alexandria let him speak to her so derisively.

Do you think Ken should have gone home instead of Sue?

Which design impressed you the most?

Who do you think is next to go home?

Were you surprised at Tim’s chewing Ken, Alexandria, and Sue out in the workroom? What about in the hallway before the runway presentation. If you were one of the Project Runway designers, wouldn’t you have been furious that Sue’s garment wasn’t finished?

Sue Waller has to make it work.

Alexander Pope has to make it work.