The designers had to “step it up” this week.

Some “sole searching” was in order for the remaining challengers.

One designer had a look that was a “shoe-in” to win, while another designer was “booted.”

And finally, instead of a recap, consider this a “retread”:

On the latest Project Runway episode, the designers travelled to the Marie Claire magazine offices. There, they met editor-in-chief Anne Fulenwider and Tim Gunn in the magazine’s vast shoe closet. The designers had to come up with looks inspired by the shoes, and each selected a pair from the closet after correctly answering a fashion quiz question.

(Example question: Christian Louboutin based his famous red soles on an employee’s what?

Miranda was the last to select her shoes – she was unable to answer a single question correctly. She voiced a wish that the questions had been about “wallpaper or photography.” Wallpaper??

Helen Castillo wowed the judges with a minimalist cape and dress. The fit and cut looked impeccable. Helen’s shoes were black booties with studded toes. 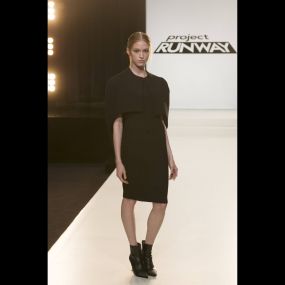 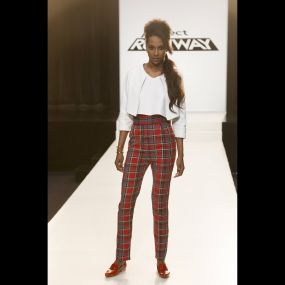 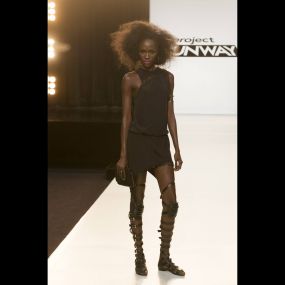 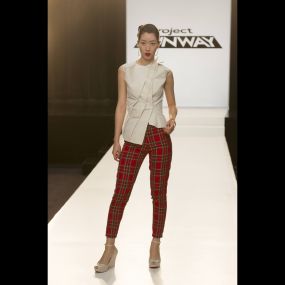 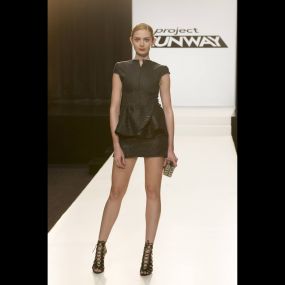 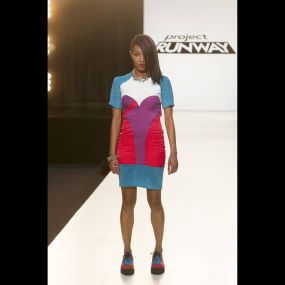 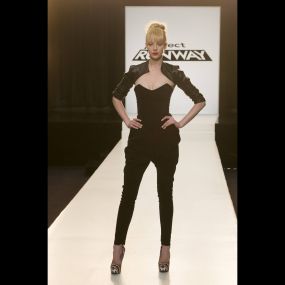 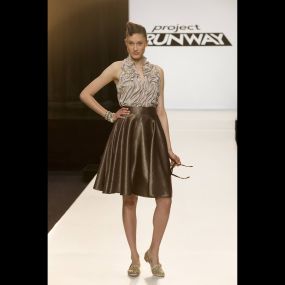 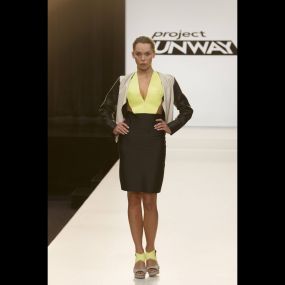 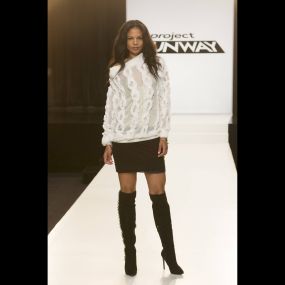 First, I must apologize for the late timing of the post this week. It’s been a difficult week – I just moved to a new apartment and there was the Labor Day holiday, so I have been catching up. I should be able to cover tonight’s episode first thing tomorrow, though!

Do you agree with the judges’ decision for the winning design?

Was there another look you preferred over Helen’s?

What about the losing design? Do you agree with the choice to send Miranda home?

Or was there another design you thought was worse than Miranda’s?

Do you have a favorite to win?

Who do you think will be “Aufed” next?

And finally, wasn’t it adorable when Swatch the Mood dog licked Tim’s ear? Tim was looking for Swatch’s toy ball under the fabric racks at Mood. Wouldn’t you know Tim would treat a pet as courteously as any person!

Jeremy Brandrick has to make it work for the seventh challenge

Karen Batts has to make it work for the seventh challenge