In the latest episode, Project Runway’s greatest fans were the inspiration for the designers.

“SuperFans” submitted videos for a chance to come to New York City and work with a competing designer to achieve a new look. This was also the Loreal Paris challenge, so new hair styles and makeup were included in each makeover.

Helen Castillo’s superfan client asked for a red-carpet worthy design. She got her wish! The judges loved the look and gave the win to Helen. 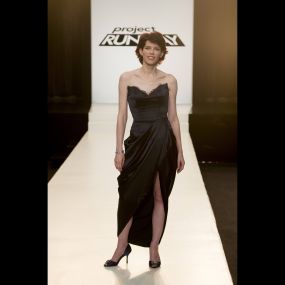 Ken Laurence’s superfan client was happy with her dress – but the judges weren’t. For all of Ken’s volatility, he has produced mostly mediocre designs the whole season. This was his last one, as the judges said goodbye Ken. 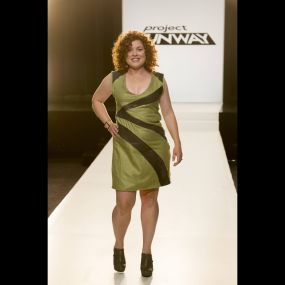 Alexander Pope’s design was unfinished. He narrowly avoided being sent home instead of Ken. 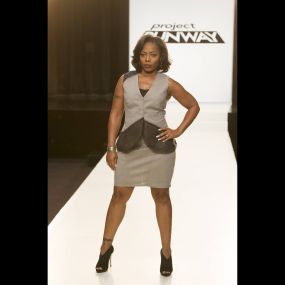 Justin LeBlanc’s design featured an embroidered rendition of his superfan client’s signature. A nice twist on the fan/autograph concept. 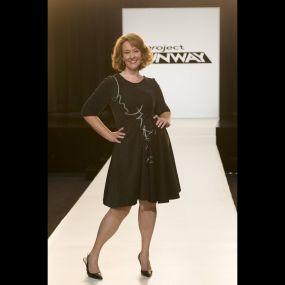 Alexandria von Bromssen’s young superfan client wanted an outfit for job interviews. This was a total dud, and Alexandria was in the bottom three with Ken and Alexander. 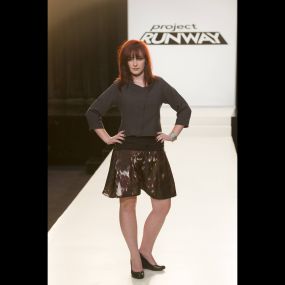 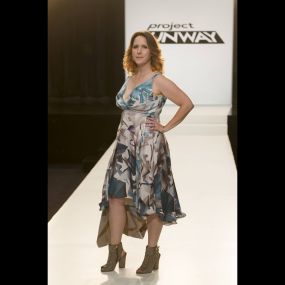 Bradon McDonald’s dress. Bradon was a close second to Helen. He, as Helen did, executed his client’s wishes superbly. Bradon’s superfan, a suburban mom, wanted to look urban and edgy. 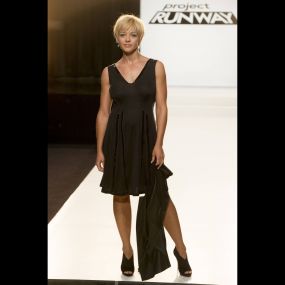 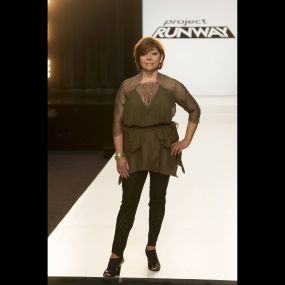 Were you as superglad as I was to see Ken go? His tirades made me stressed out, just watching!

Did you compete in the SuperFan contest for this episode?

Don’t you think they should make it part of every season?

The final three just showed their designs at New York Fashion Week. Who do you think the finalists were?

And who do you think will be out next?