Project Runway All Stars, Episode 2: “Bitten by the Fashion Bug”

Spiders and cockroaches and beetles, oh my! This week’s episode was full of drama, none of which had to do with the challenge subjects, however. Elena lost her sketch, Mychael and Melissa were encouraged to redo their designs after Zanna’s critique, and Jeffrey may have gone a bit overboard with his avant garde look.

The designers gathered in the American Museum of Natural History this week to receive their challenge. As part of the museum’s upcoming exhibit, The Power of Poison, each designer had to enter a room full of living insects and arachnids (in cages, thank goodness), and choose one as their inspiration. Elena got first dibs, since she was last week’s winner. The designers then had to use the creatures’ unique features to create an avant garde look that was experimental and innovative. While I thought this challenge was extremely fitting to have appeared on Halloween, the designers were quite nonchalant when it came to the poisonous creatures.

Project Runway Season 9 winner, Anya Ayoung-Chee and CFDA nominee and jewelry designer, Jennifer Meyer were guest judges. The winning look was between Elena and Mychael, but Mychael took the win. It was also a close call for Daniel and Melissa, who were in the bottom two. Daniel ended up going home.

Here are the looks… 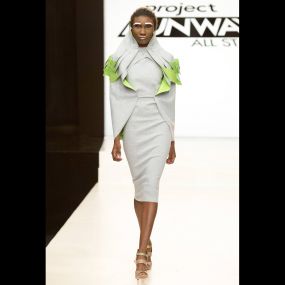 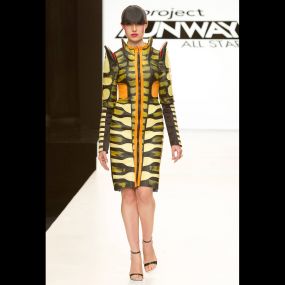 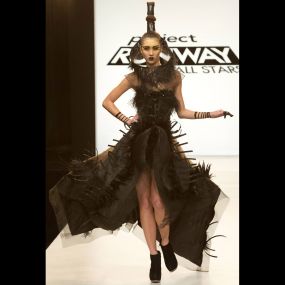 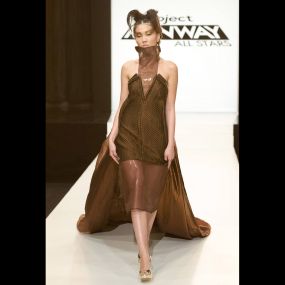 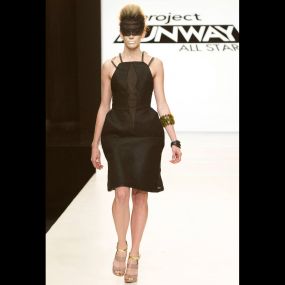 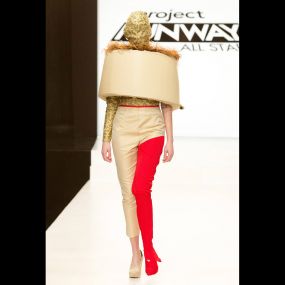 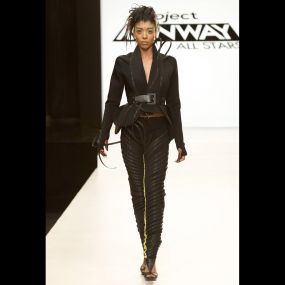 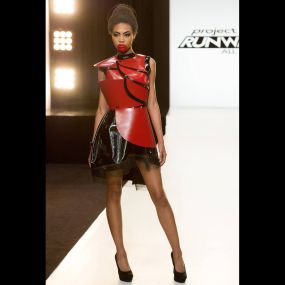 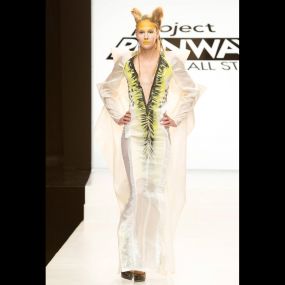 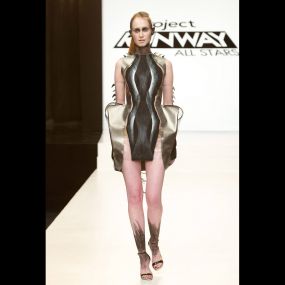 While I think the designers did a great job with this challenge, I will admit that I had to divert my eyes for parts of the episode. Bugs are not my forte, so studying them up-close would definitely freak me out. Was anyone else shocked by how well the designers did with this concept?

As for the judging, I was very surprised by the winning design. I thought that the amount of detail and structure Irina was able to incorporate into her design in just 10 hours was unbelievable. I also loved the colors and texture used in Elena’s look. I actually wish they would show more of the workroom footage to see how it was constructed. What did you think about this week’s judging? Do you think they were too hard on Jeffrey? Leave a comment below to share your thoughts!

Designers gather at the American Museum of Natural History to find out their next challenge.