The designers were greeted with a bucket of movie theater popcorn and a note inviting them to a matinee at the beginning of this episode. Naturally, they expected to make red carpet dresses or movie-specific costumes. But, when Tim announced that it was time for the unconventional challenge, everyone was in shock. How could they do this in only the second challenge? Tim went on to explain that the designers would need to use the array of movie-related items (which included props, concession stand goods, wardrobe pieces, marquis letters, and more) to build their team designs. That’s right; the second challenge of the season was also a team challenge where the contestants were divided into five groups of three to create cohesive collections.

The groups were as follows:

This week’s guest judge was fashion blogger and illustrator Garance Doré. The silver team, which had the highest score, made their looks out of cellophane, marquis letters, cording, duct tape, VHS film, and more to create a cohesive, edgy vibe. Each of the garments incorporated similar colors, but were distinctly different, which pleased the judges. Amanda’s garment took first place, making this her first Project Runway win. The red team, on the other hand, was in the bottom after putting three almost identical-looking dresses down the runway. Although the judges thought Sandhya’s dress was the worst, her immunity resulted in Carrie’s departure. 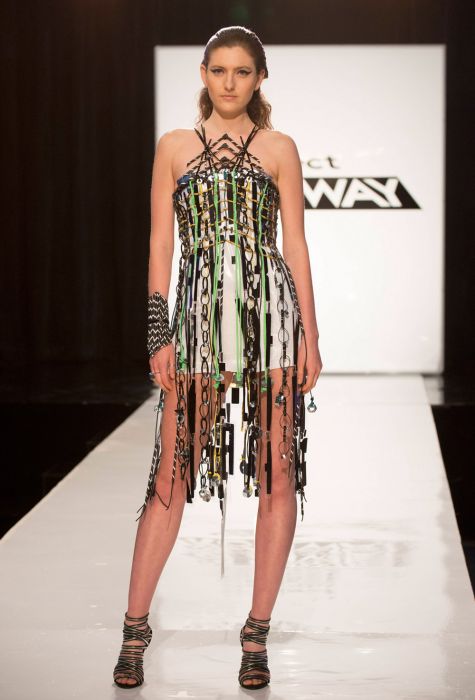 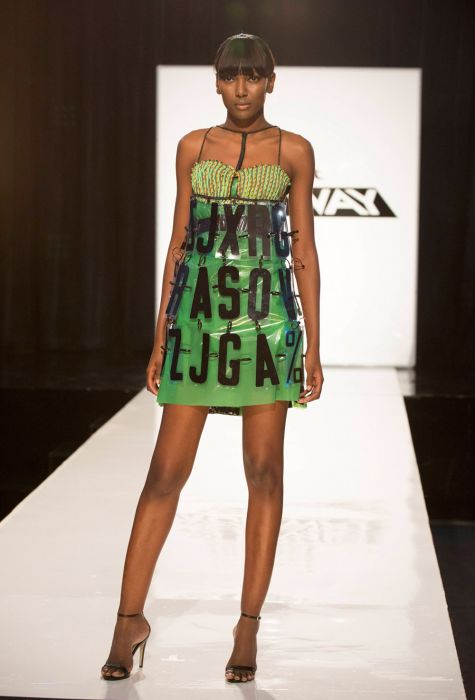 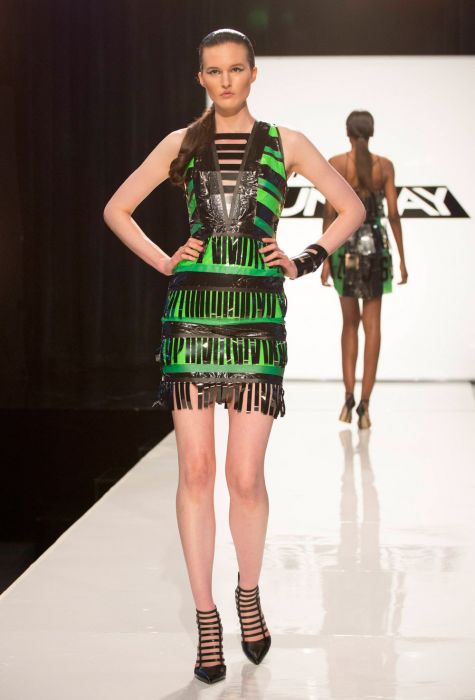 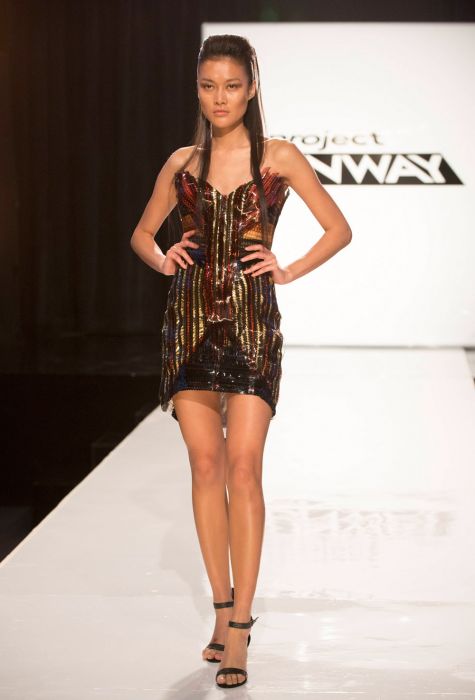 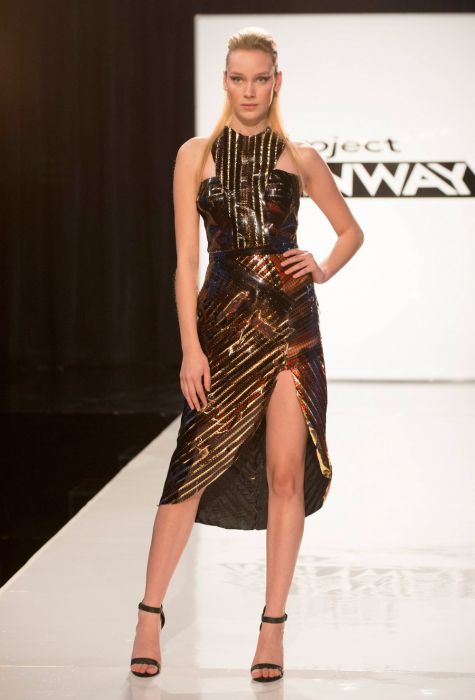 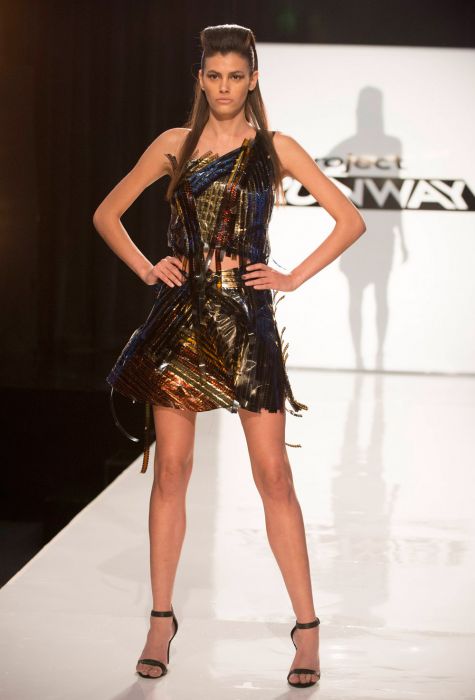 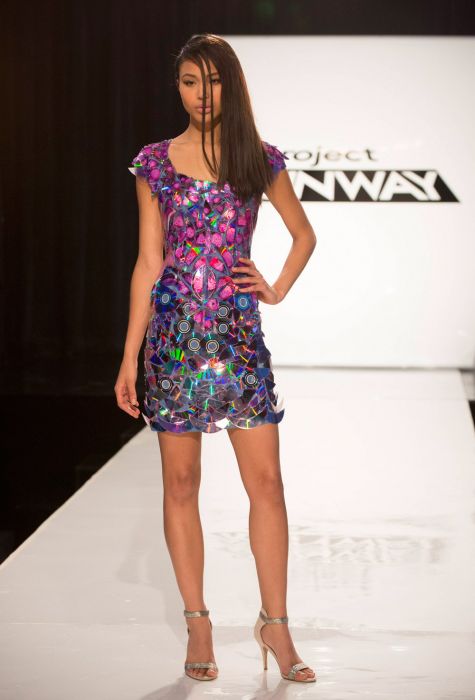 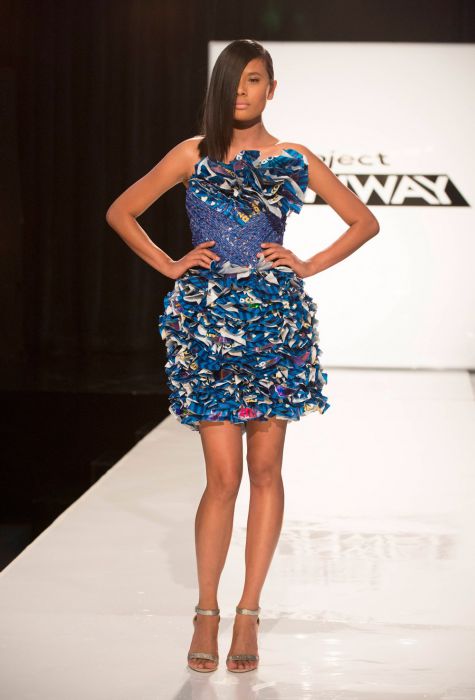 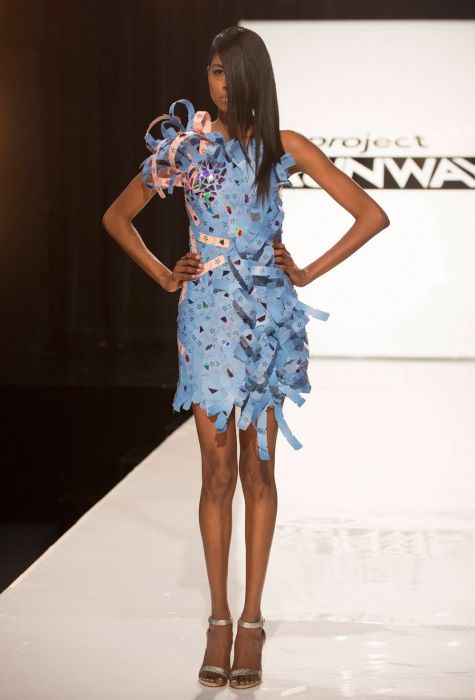 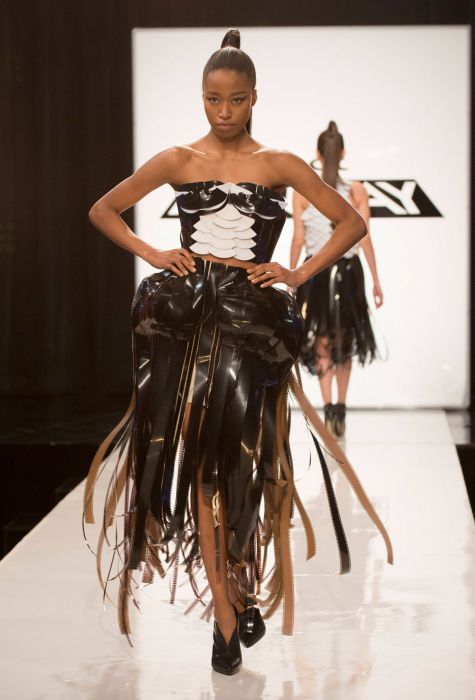 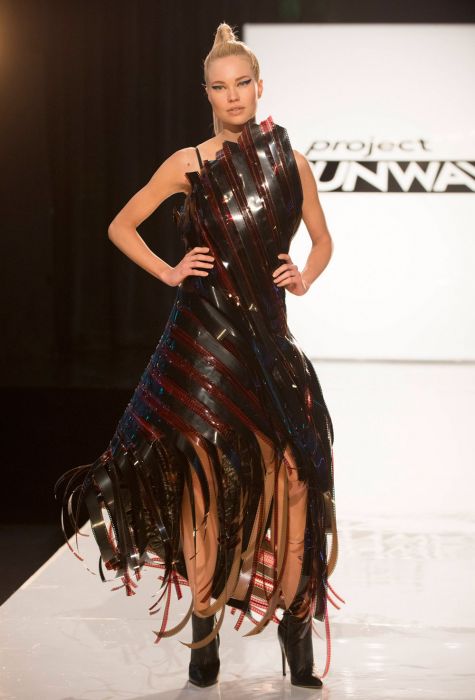 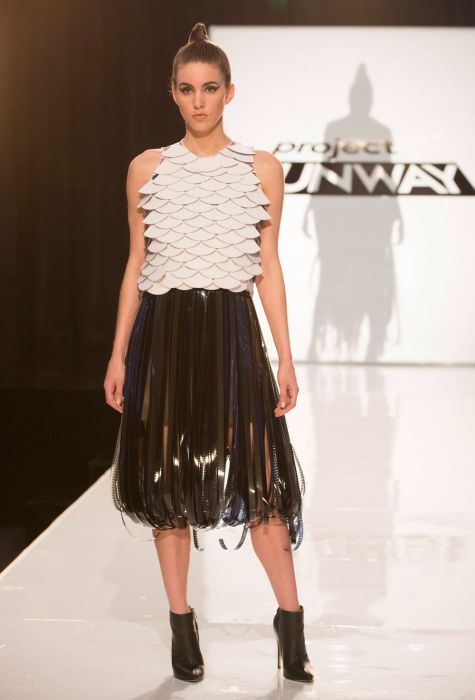 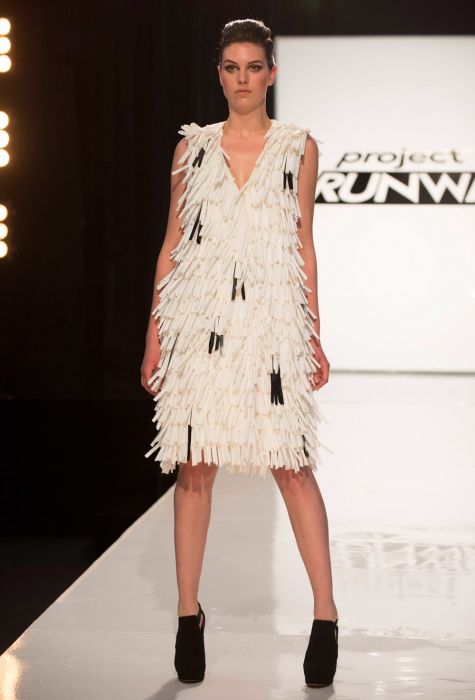 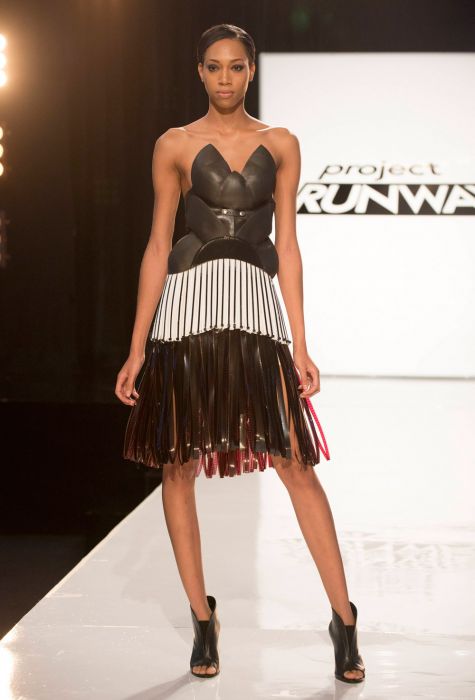 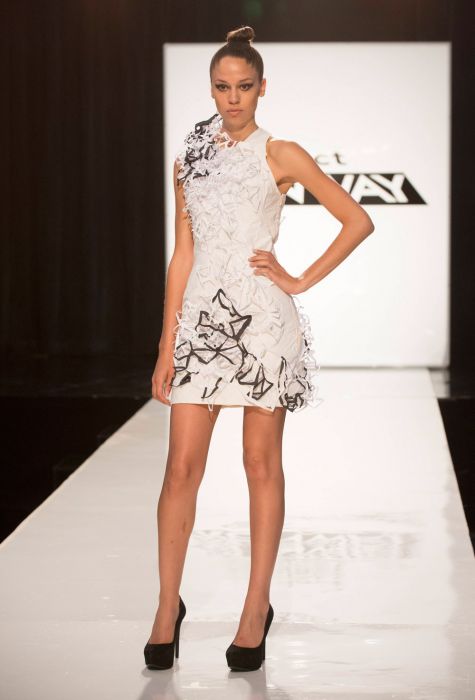 While I thought the silver team did a nice job, my favorite designs this week came from the purple team. Mitchell’s dress, in particular, was absolutely stunning. I loved the colors he was able to achieve by using broken CDs to light up the runway. As for the losing team, I really would’ve liked to see more from Carrie. I especially think that if Hernan and Carrie’s dresses were not part of a collection, the judges would’ve been impressed with their individual designs.

What did you think about the losing team’s looks? Did you think the judges were going to eliminate both Carrie and Hernan? Please share your thoughts below!

Tim Gunn announces the challenge in front of the supplies table at a local movie theater.