NO PURCHASE NECESSARY TO ENTER. The 2014 National Sewing Month giveaway begins at 12:01 a.m. ET on September 11, 2014 and ends 11:59 p.m. ET on September 30, 2014. Giveaway is open to legal residents of the United States, who are at least 18 years old, and to legal residents of Canada (except Quebec), who are at least 18 years old. Giveaway void where prohibited.

HOW TO ENTER: To participate in the giveaway, visit the official entry post, and leave a comment detailing what you plan to sew during the month of September and why you would like to win a subscription to Threads by 11:59 p.m. EST on September 30, 2014.

PRIZES/VALUES: Three (3) prizes in total will be awarded.

TAXES: Except where prohibited, all federal, state, provincial, local or other tax liabilities, including sales, use, income, VAT, GST, and PST tax, if any, are the sole responsibility of the winner. In the event of a Canadian winner, Sponsor will deduct any applicable withholding taxes imposed by the U.S. and applicable state governments from value of prize award and the prize award value will be adjusted accordingly.

NO PRIZE TRANSFER OR SUBSTITUTION: No prize or any portion thereof is transferable or redeemable for cash.  Any portion of the prize that is not used is forfeited.  No substitutions for prize except by Sponsor, in which case a prize of equal or greater value will be substituted.

TERMS/CONDITIONS:  Employees, officers, and contractors (including immediate family members and members of the same household) of Sponsors, affiliated companies, subsidiaries, distributors, dealers, retailers, vendors of Sponsors, and all other entities associated with this promotion, are not eligible.  By participating, entrants agree to release, discharge, indemnify and hold harmless the Sweepstakes entities and each of their respective officers, directors, employees, representatives and agents from and against any claims made by winners, entrants, or any other third parties, related in any way to the operation of this Giveaway as well as any other claims, damages or liability due to any injuries, damages or losses to any person (including death) or property of any kind resulting in whole or in part, directly or indirectly, from acceptance, possession, misuse or use of any prize or participation in any Giveaway-related activity or participation in this Giveaway.

Sponsor not responsible for unavailable network, failed server or other connections, miscommunications, interrupted, misrouted or scrambled transmissions or other errors or problems of any kind whether mechanical, human, electronic or otherwise.  The Sponsor assumes no responsibility for lost, stolen, delayed, damaged or misdirected entries or for any failure of the website during the contest period, for any problems or technical malfunction of any telephone network or lines, computer on-line systems, access providers, computer equipment, software, failure of any e-mail entry to be received by Sponsor due to technical problems or traffic congestion on the Internet or at any website, of any combination thereof including any injury or damage to an entrant’s or any other person’s computer related to or resulting from playing  or downloading any material related to the contest.  The Sponsor reserves the right, in its sole discretion to cancel or suspend this contest should a virus, bug or other cause beyond the reasonable control of the Sponsor corrupt the security or proper administration of the contest.  Any attempt to deliberately damage any website or to undermine the legitimate operation of this contest is a violation of criminal and civil laws, and should such an attempt be made, Sponsor reserves the right to seek remedies and damages to the fullest extent permitted by law, including criminal prosecution.  Entries are subject to verification and will be declared invalid if they are illegible, mechanically reproduced, mutilated, forged, falsified, altered or tampered with in any way.  Entrants to abide by the Contest Rules and decisions of the judging panel which are final.

CLAIMING PRIZE: After the initial noticiation by the editors at Threads, winners must reply with the requested information within 10 days of notification, or prize may be forfeited and an alternate winner will be selected. All prizes will be awarded. 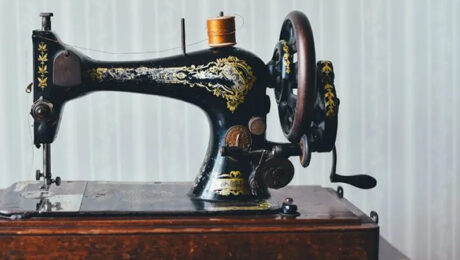 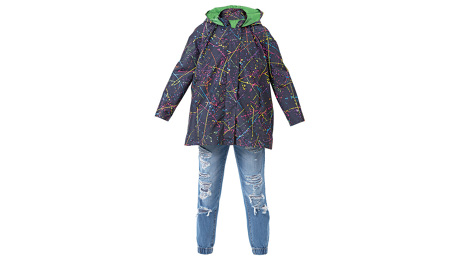