We’re sad to report that world-renowned fashion icon Oscar de la Renta passed away on October 20, 2014 at 82. Recognized as one of America’s greatest designers, de La Renta was a permanent fixture in the fashion industry for over five decades. He began his career in fashion design while studying painting in Madrid, Spain, and sketching for Spanish fashion houses. He later apprenticed with Cristobal Balenciaga and went on to work as a couture assistant at the house of Lanvin in Paris, France. In 1965 he began his own design house, and in 1990 he was honored with the Council of Fashion Designers of America’s Lifetime Achievement Award. From 1993 through 2002 he was the head designer for the house of Pierre Balmain. In 2012 de la Renta received the 2012 Couture Council Award for Artistry of Fashion. 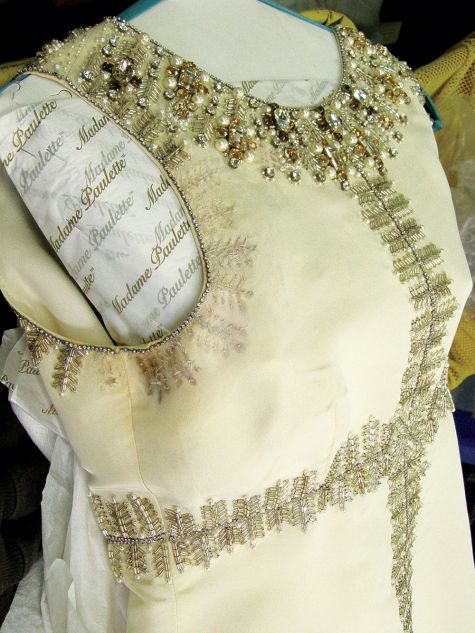 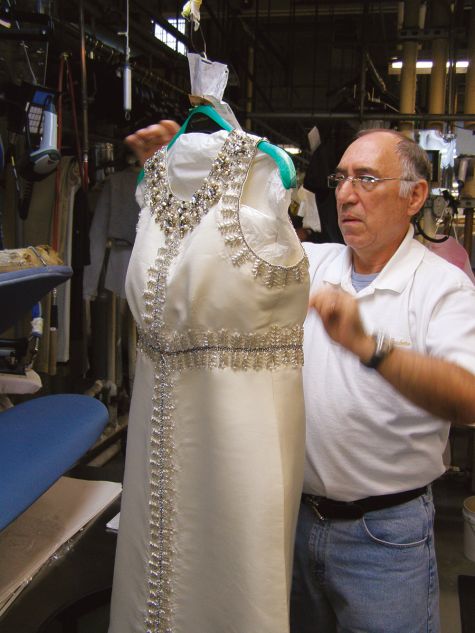 We took you behind the scenes at New York’s Madame Paulette as we
witnessed the restoration of an Oscar de la Renta beaded cocktail dress.
(before, left; after, right)

Throughout the years, Threads has paid close attention to the couture techniques in many of de la Renta’s gowns and found inspiration in his work. We’ve even featured some of his dresses in our pages (“Take it to the Cleaners”, Threads #146; “The Ebony Fashion Fair”, Threads #168).

With all of the contributions de la Renta has made to the fashion world, he will be considered one most influential designers of all time. The fashion industry, along with everyone he inspired through his sense of style and attention to detail, is sure to feel the loss of this master couturier.

What are some of your favorite Oscar de la Renta gowns or collections? Has your sewing been influenced by the legendary designer? If so, how? If you could sew or wear only one of de la Renta’s masterful creations, which one would it be? In your opinion, which celebrity or political figure wore de la Renta the best? Share your thoughts in the comments section.

Amal Alamuddin wore de la Renta when she married George Clooney in Venice, September 2014. Here, Amal is photographed with the fashion designer and his head tailor Raffaele Ilardo for Vogue.

We took you behind the scenes at New York's Madame Paulette to witness the restoration of an Oscar de la Renta beaded cocktail dress after stains and tarnished beads threatened to ruin it. This is the "before" picture.

As seen in Threads #146, this once damaged Oscar de la Renta cocktail dress is restored to its original glamour.