PROJECT RUNWAY: THREADS
In the grand tradition of Project Runway spin offs, Lifetime’s new competition series Project Runway:Threads premiered Thursday, October 23. Much like its predecessor, the show features a cast of hungry and passionate designers competing for a chance to make a name for themselves in the fashion industry. However, unlike past iterations of Project Runway, the cast of designers changes weekly and while they’re not too young to drive a sewing machine, many are too young to carry a driver’s permit.

What are they competing for you ask? The winner of Project Runway: Threads will be awarded $10,000 to be used at Jo-Ann’s Fabrics and Craft stores or Joann.com, a scholarship to Fashion Institute of Design & Merchandising (FIDM), and an impressive sewing and embroidery studio provided by Brother Intl. Corp. 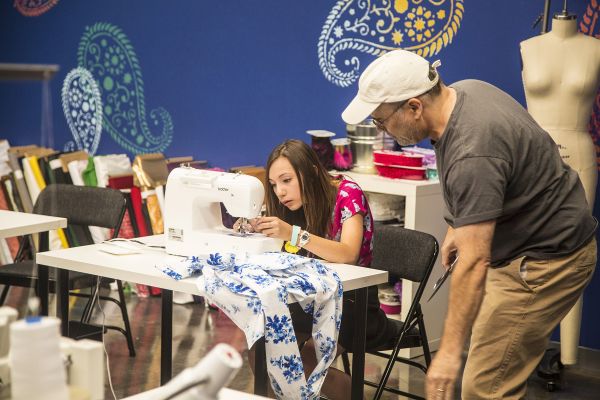 Cambria and her assistant (her father), continue to
work on her second look.

Each week, three teen or tween contestants participate in a fast-paced design challenge and face-off on the runway. To help complete their looks on time, each designer is assigned an adult assistant. As it turns out, the assistants are the young designers’ parents or guardians. One can only assume that this paring will inevitably lead to some drama.

Before the designers step foot in the workroom, they show the judges their “Show Us Your Style” looks, which are made at home prior to each episode. The winner of this mini-challenge gets to “steal” their opponent’s assistant for thirty minutes.

Now that we’re all caught up, on to the first challenge.

EPISODE 1, “RED CARPET”
The first round of tween and teen fashion designers were Bradford (13 years old,) Cambria (12 years old,) and Kenzie (12 years old). For their first challenge, the contestants had one day to create red carpet looks that were representative of their design aesthetic. They were later surprised with an additional challenge – to design a “street look.” 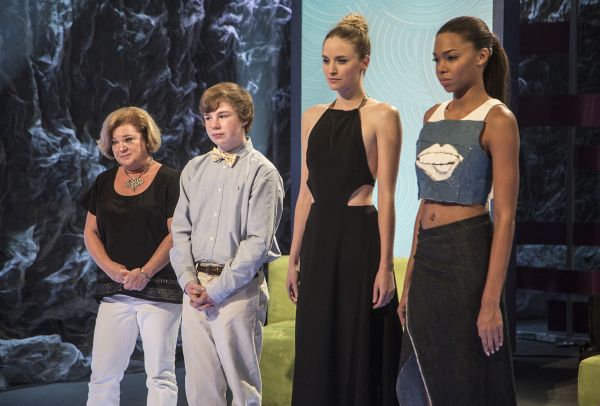 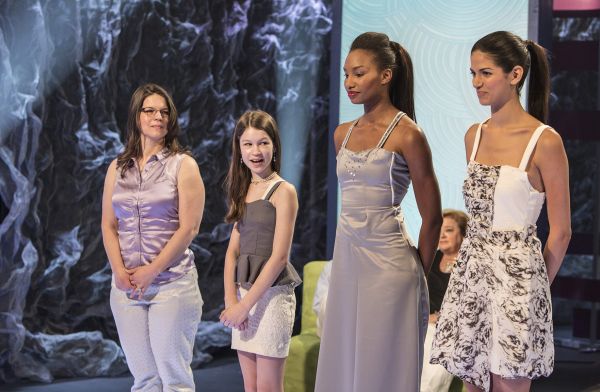 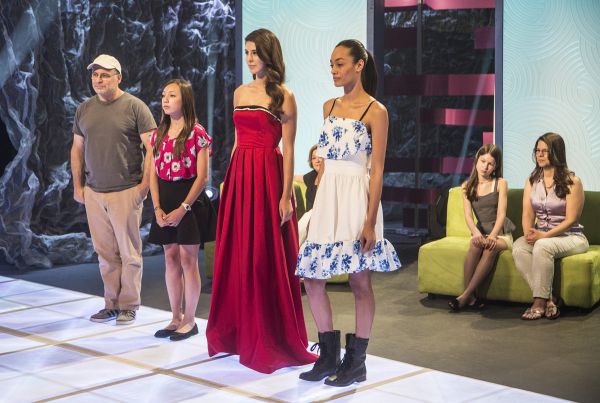 All in all, I was thoroughly impressed with the talent these young designers exhibited. From Cambria’s thoughtful box pleating, to the back strap design seen on Kenzie’s red carpet look, to Bradford’s modern and sleek design – each of them had a distinct point of view. Sure, some of the constructions details could have been better executed but I have no doubt that these aspiring designers will master their craft with each stitch they sew and garment they construct.

Did you think the challenge was appropriate for their skill level? What did you think of having the teen designer’s parents act as their assistants? I think a better approach would have been to have former Project Runway contestants act as mentors and/or assistants. Do you agree? Which look was your favorite? Did you agree with the judges pick?

Don’t miss any Project Runway recaps by siging up for Threads weekly newsletter or by following us on Facebook or Twitter.

Episode one contestants and their assistants wait patiently to discover what their challenge will be. Pictured from left to right: Bradford and his mother, Kenzie and her mother, and Cambria and her Father.

Kenzie works on her red carpet look for the first challenge.