SHOW US YOUR STYLE CHALLENGE

Vanessa and Ingrid kicked off episode three with the “Show Us Your Style” challenge. Up first was 15-year-old Zachary.

Zachary, who has been designing for 11 years, created an elegant, Marie Antoniette-inspired pants ensemble. While the judges thought Zachary did a great job executing his look, and although visually stunning, they thought the outfit was not wearable and belonged in a museum.

Massachusetts native, 15-year-old Emily is a self-proclaimed grunge designer. For the “Show Us Your Style” challenge she showcased a hooded jacket made in a camouflage print with a pair of shorts. Vanessa thought that the outfit was “tomboy chic” and something that she would wear. Ingrid noted that Emily is right on the pulse of whats trending but would like her to add some “edgier” elements to her designs.

Collette, 15, has only been sewing and designing for a year and half. Her lack of experience has not held her back and her talent is clearly demonstrated in her nod to mod dress with metal cuff detail at the neck. Her sleek look definitely got the attention of the judges.

After reviewing the made-at-home garments, the judges chose Zachary’s ensemble as the “Show Us Your Style” challenge winner. As the winner, Zachary was given an advantage in the competitions design challenge. 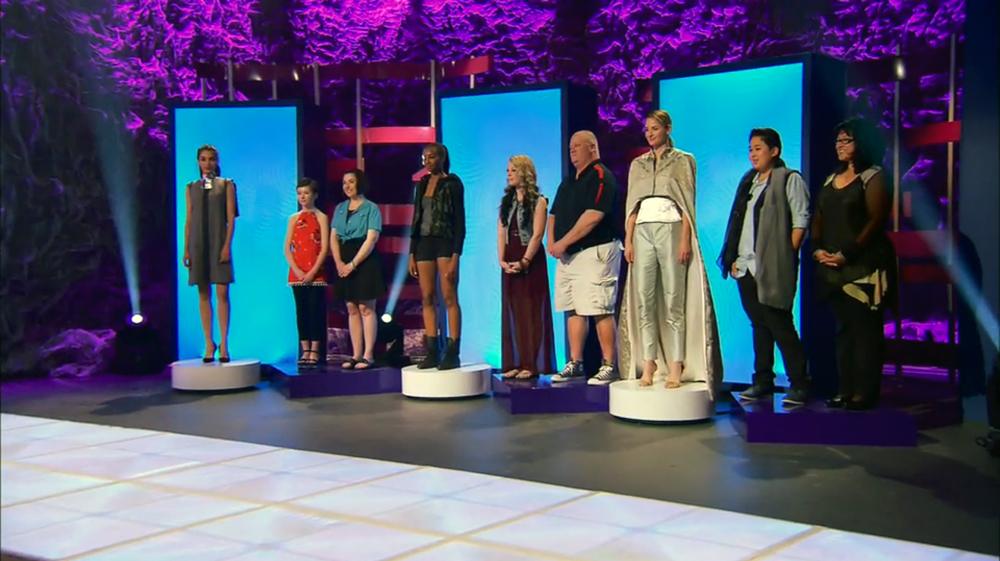 For this week’s challenge, the teen fashion gurus were presented with some amazing statement pieces by Rodrigo Otazu, Vivienne Westwood, Chanel, and Alexander McQueen. Each designer was asked to choose one piece to pair up with their looks and use as design inspiration.  As the winner, Zachary was given first pick and he chose a jeweled horned-headpiece by Rodrigo Otazu. Emily chose the Vivienne Westwood clutch, while Emily opted for a vintage Chanel bag.

As with every episode of Project Runway: Threads, the designers were presented with a “Surprise Door Twist.” For their second look challenge, the teens were given the exact same white dress and asked to embellish the dresses with fabric paint. Both looks didn’t need to be cohesive but would walk together on the runway.

On to the looks…

Although all three teen fashion guru’s impressed the judges, Zachary’s design blew the judges away. The corset may not have been perfect, but Zachary’s construction methods were impressive especially given the amount of time he had. 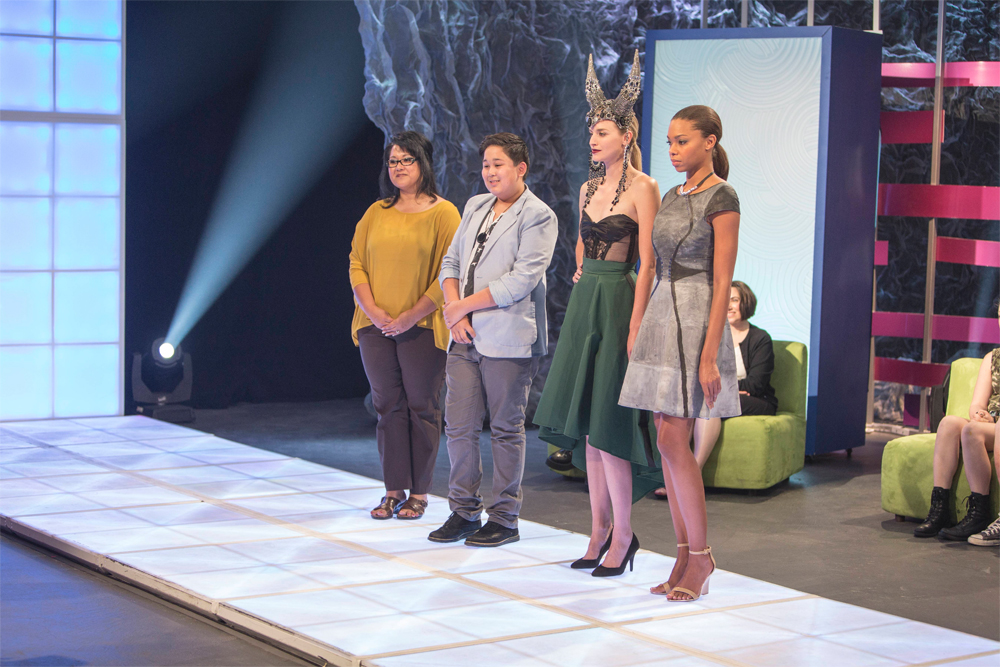 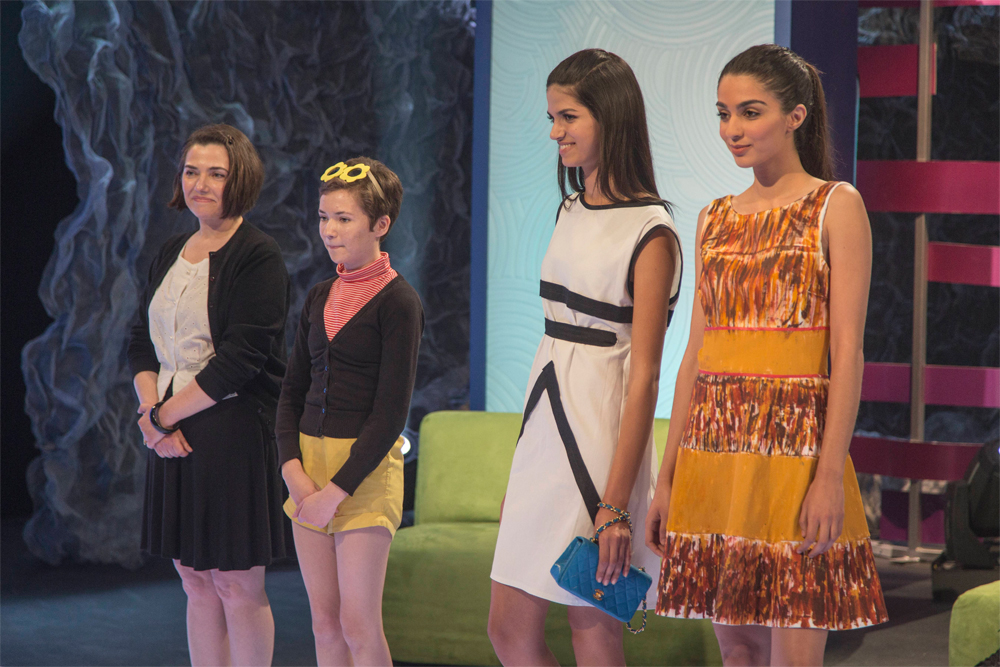 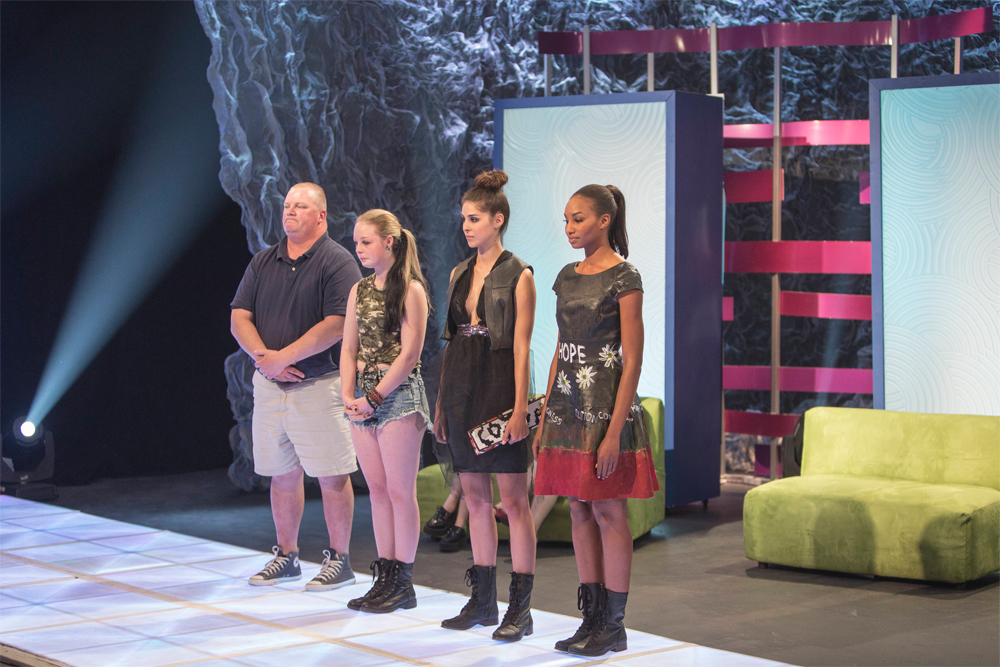 Did you watch this week’s episode? What did you think of the challenge? What statement piece would you have chosen? Did the judges get it right? Whose craftsmanship were you most impressed with? Would you wear any of the garments created? Share your thoughts below!

Zachary, 15, works on his "statement piece" look. He paired a corset with a satin skirt. 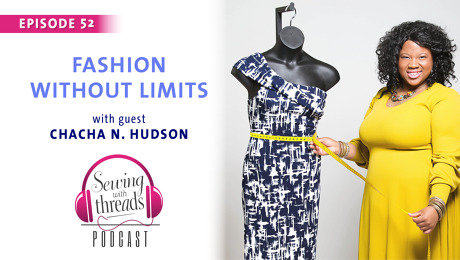