As the previous challenge winner, Sonjia was asked to pair the final eight designers into teams at the beginning of the latest episode. The following teams were formed: Sonjia and Dmitry, Fabio and Jay, Michelle and Samantha, and Justin and Helen. Each pair was given $300 to design outfits for two Match.com singles who were about to go on their first date that night.

The guest judge was actress Laverne Cox. Jay and Fabio’s team was in the top. Fabio’s winning design stood out because it was unlike anything the judges had ever seen. The silhouette was new and interesting, but still wearable. Jay’s design similarly pushed the envelope for menswear. Alyssa especially liked his use of colors. The second best team was Sonjia and Dmitry’s. The problem was, the judges couldn’t agree on what they liked and didn’t like about each look. Isaac appreciated the cutout on Sonjia’s dress, while Georgina thought it was strange. Alyssa didn’t think the dress was appropriate for a date night, but Laverne was very impressed with the details. As for Dmitry’s menswear look, Isaac found the diagonal stripes to be extremely flattering, but the design could’ve gone further in terms of color and innovation.

Helen and Justin were in the bottom. Alyssa thought Helen’s outfit looked like pajamas, and Isaac felt that the design made her client look pregnant. Meanwhile, Justin’s construction was magnificent, but the design was boring and mainstream. Despite their harsh critiques, both designers were asked to remain in the competition. 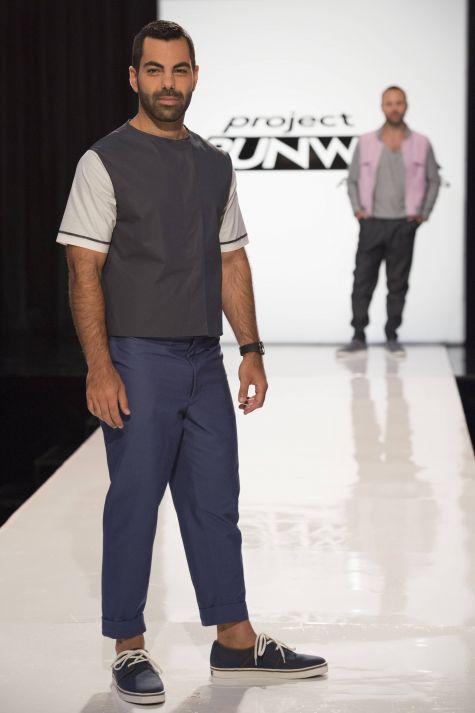 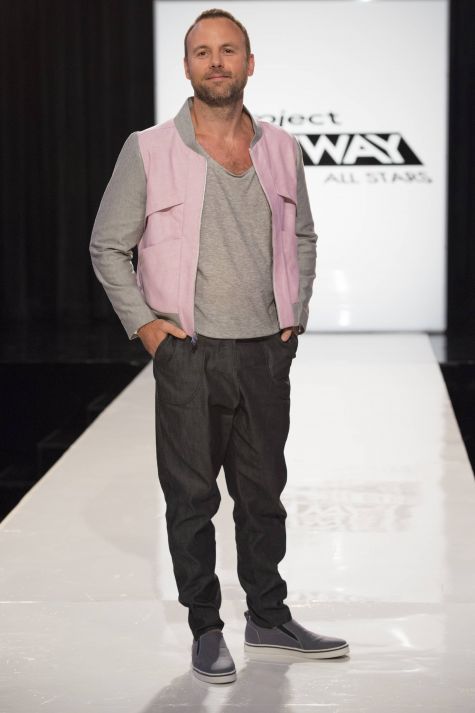 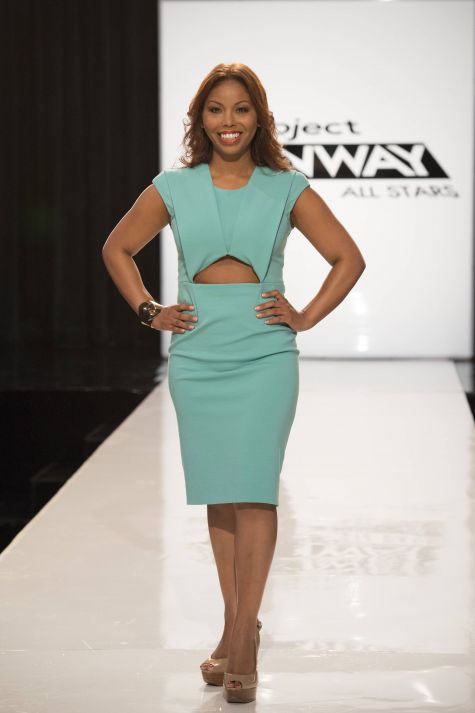 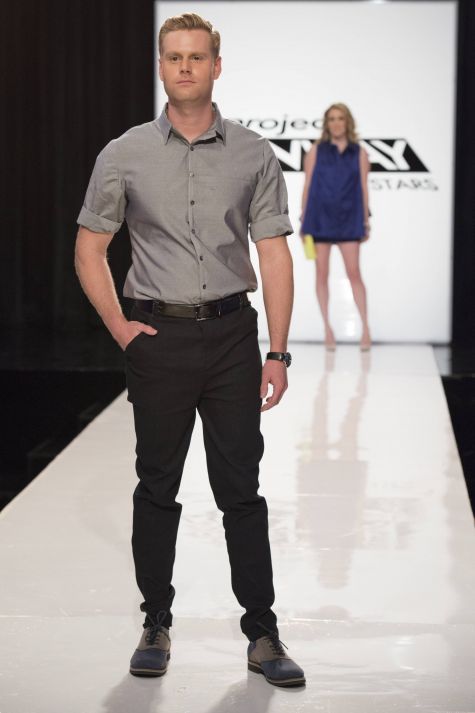 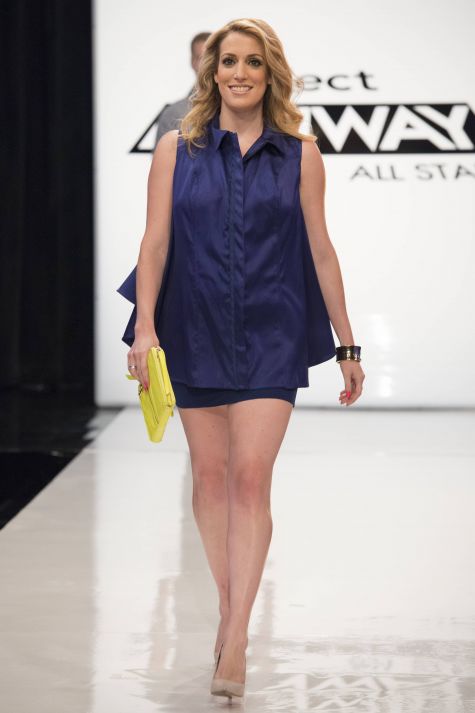 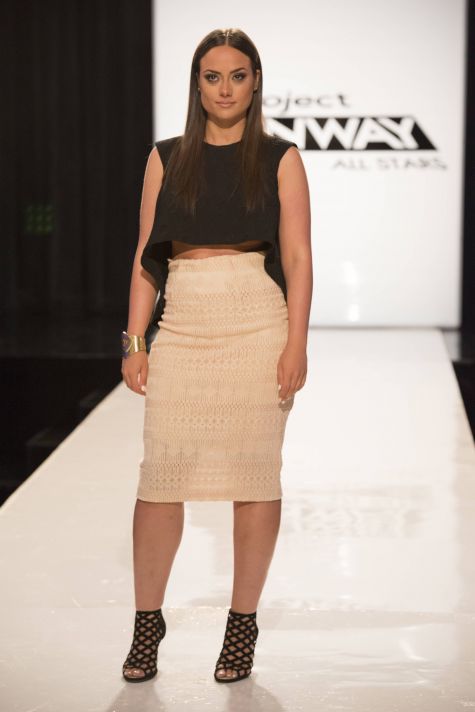 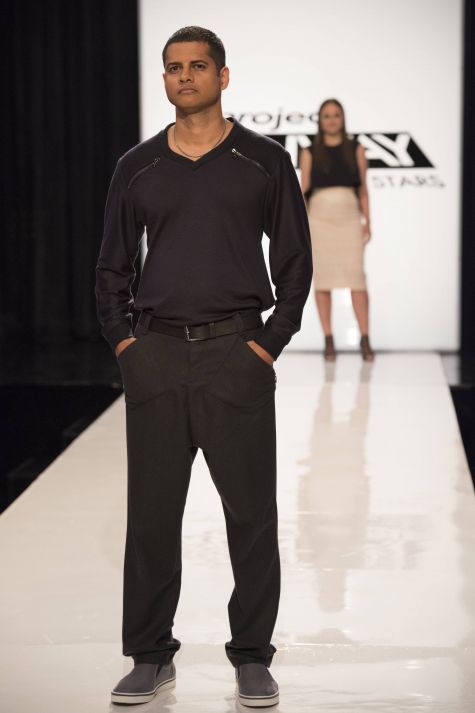 I wasn’t blown away by most of the designs this week. In fact, I wouldn’t want to wear any of the womenswear looks on a first date, and was surprised at how happy the female clients were with their garments. I definitely think the menswear looks had more potential, despite the fact that most of the designers aren’t as familiar with designing for men. My favorite part of the episode, however, was when the judges saved Helen and Justin. I just wasn’t ready to see either of them go.

What did you think of this challenge? Did you believe anyone deserved to get voted off this time around? Which look, if any, would you be interested in wearing on a first date? Please share your thoughts below!

The designers work in teams to come up with compatible looks for their clients.

Laverne Cox from Orange is the New Black guest judges.

Fabio's winning design proved to be a fresh and orginal menswear look.