First Lady Melania Trump collaborated with designer Hervé Pierre for her inaugural evening attire. According to a recent interview with WWD (Women’s Wear Daily), Mrs. Trump codesigned her off-the-shoulder ivory gown made of “six-ply crepe [and featuring] a full-length gazar arc opening into a deep side slit.” A thin red silk faille ribbon completed the look. It should come of no surprise that the First Lady had a hand in the design. After all, she is a former fashion model and even launched a (now discontinued) jewelry collection with digital retailer QVC six years ago. 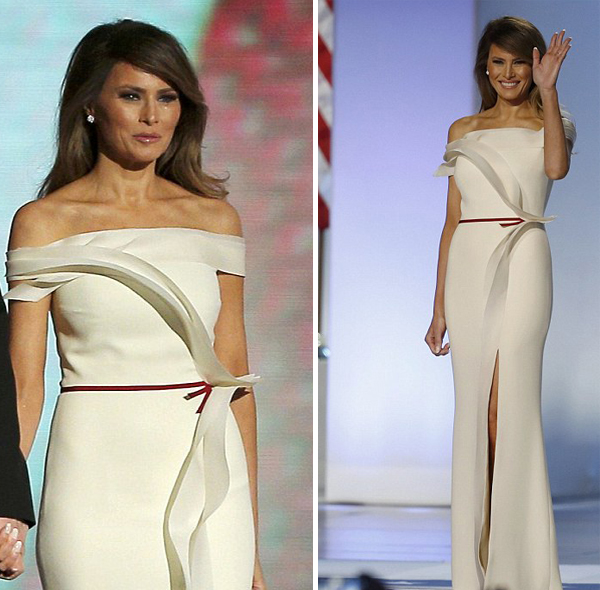 The cobalt blue dress used nearly 40 yards of silk chiffon, the dressmakers told an Indianapolis news station. Its softly flowing skirt was created by “sewing together 13 half-circles that [allowed the dress to] gently float across the floor [and] ripple when twirled on the dance floor,” they explained to WTHR. As for the hem, it measured 57 yards around. The ruched bodice featured a modest V-neckline neckline with spaghetti straps and off-the-shoulder sleeves. 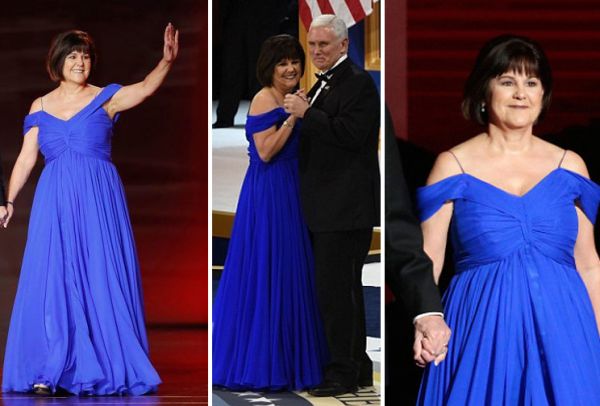 Watch this video to learn more about the seamstresses and how the dress was created.

Although Ivanka and Tiffany Trump opted for shine and sparkle, they chose different gown styles. Ivanka wore a full-skirted ball gown, while Tiffany chose one with a mermaid silhouette. 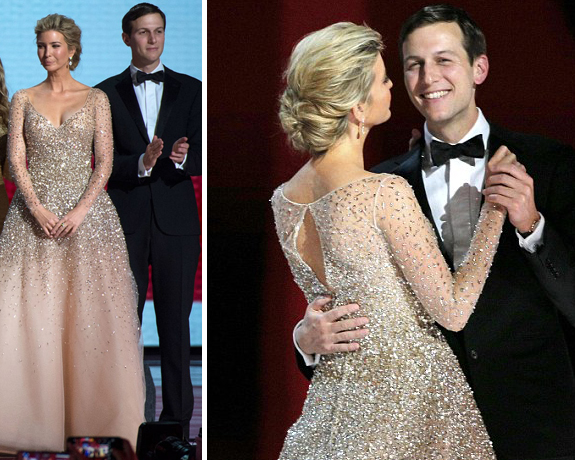 Last night from the Liberty Ball. This is the start of a new chapter for our family, and I’m looking forward to what lies ahead. #Inauguration #MAGA 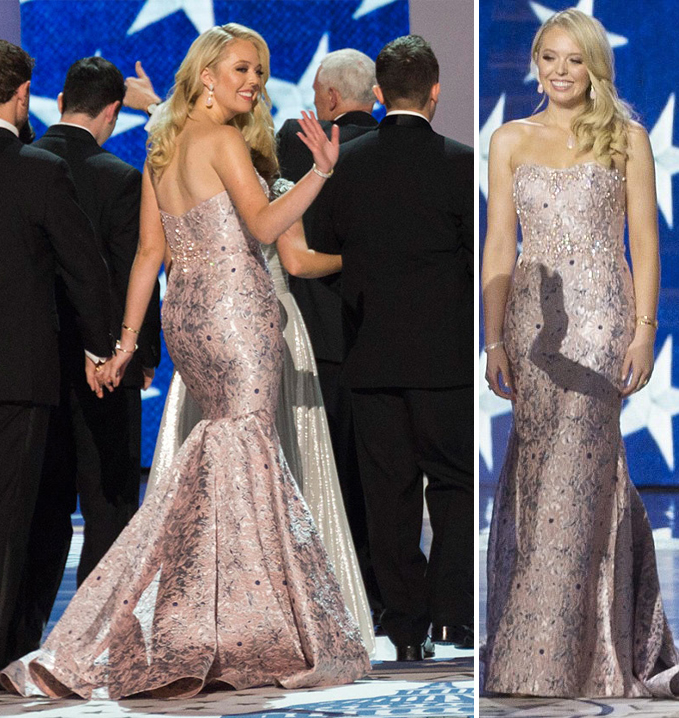 An Overview: The Trump and Pence Families

Gown colors ranged from red, white, and blue to golden hues.
As all of the inaugural balls were black-tie affairs, the men wore classic black tuxes with matching bowties.

What did you think of the gowns? Which is your favorite and why? What style or silhouette would you wear to such an event? For more inauguration fashion, check out they daytime looks here.