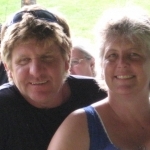 Over breakfast this am, DH casually mentioned it was too bad I had passed out early last night. There had been some sort of award show on, with all the fancy dresses. We like to watch them together and pick them apart. At least I do, and I thought he just sat there.
Turns out he absorbed far more over the years than I thought. He described several serious sewing faux pas, ripples in wide shoulder straps, folded fabric sewn where eases should have been, darts that were in the wrong places, and ill fitting, and “pookie” darts. His comments were: “Arn’t these supposed to be custom dresses from those fancy designers? I expected them to be sewn better than that.” “Shouldn’t they have taken the seam out and resewn it?” “The strap must have been sewn in two different directions.”
His other comment was that most of them were Mermaid Dresses and that they pretty much all looked the same.
Ok, so my question is this: How many of you have nonsewing partners or family that take an interest (or support) your creative efforts, and How???? Cathy