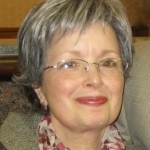 I’m in the process of altering a jacket pattern that has the armhole type of princess seams, using Nancy Zieman’s “Pivot & Slide” method. (I’m pretty short & full-busted.) It all seemed to be going well, until I made a practice garment. Now I have a problem. The back of the jacket looks all “bagged out”, or you might describe it as “puffy”, at the princess seam. After the alteration I ended up with a very pronounced curve to that seam. I was wondering if I had maybe stretched it out, but I think I eased it as well as possible. I had this same problem before with another princess-seamed pattern, and I never did solve it…I just put it in storage. Despite the fact that I’ve built up quite a sewing library, I can’t find anything that really addresses this problem. In fact, most information on princess seams deals with the bust fitting (which makes sense). (there aren’t even any pictures of backs.) Anyway, I was thinking of pinching the fullness out, but I’m have concerns about not removing too much ease & causing it to be too fitted. Even though I’m an experienced sewer, I managed to pretty much avoid princess seams for years. If anyone has any suggestions for me & would be very grateful!