I designed most of this costume myself. This is the dragon Maleficent turns into in the movie “Sleeping Beauty.”The base onesie started from Simplicity 2788 but since I cut the smallest size of that pattern back in 2015 when I made my daughter a shrimp costume for her first Halloween, I had to make some MAJOR adjustments to make the size work. I added the spandex scale fabric to the black fleece body at the belly, under arms, cuffs, neckline, and under the tail. I drafted the tail to twist as not to become just a straight tube sticking out of the back of the costume. It’s also sewn in just below the zipper at center back. I stuffed it with tissue paper because that weighs less than fabric scraps. The spines on the tail are a stiff felt. This of course was wall hand drafted. The wings were also hand drafted and include a wire hanger sandwiched between layers of stiff felt and neon fleece. The wing and spines in the wings are all spray glued and stitched in place. The wings are drafted to turn out into a rectangle at the center back, not only to allow me to attach the sides together but also provide a stable base for them to be worn from. I added elastic loops at the center so they are detachable. If you knew my son you would know this is NECESSARY for the safety of others in the vicinity. As for the head, I started with a baseball hat for the base and built up from there. I made a hood to cover the hat and attach in the front with hook and loop. The hood is sewn to the hat to keep it secure. I covered the bill of the hat and extended it with the same stiff felt seen elsewhere in the costume. I made the “gills” in a similar way to the wings but no wire was necessary. They are actually sewn into the hood portion. The nostrils are set down into the enlarged bill area to give it that, crocodile peeking out of the water, look. The horns were made using concentric paper rings stacked upon each other so that I could twist and manipulate them to give the tell-tale shape of Maleficent. Then I covered them in electrical tape. All the rings gave the horns great texture as well. I cut openings in the hood and glued and sewed the horns into place. My son love roaring, jumping off furniture using his wings, and breathing fire while in this costume. I’ll never forget this one.

The dragon doesn't stand still for long so this is the best we can get, mid action. (photo by me)

He head is my masterpice. This pics was taken after our snowy, rainy cold trip to the pumpkin patch and a week later the same weather on Halloween so it's a bit dirty but loved. (photo by me)

The wings are detachable and feature a wire hanger inside to hold their shape. (photo by me)

The tail even has the "scales" on the underside and it was designed to be twisted when he wears it rather than just a long tube. (photo by me)

My inspiration (photo taken from a toy of the dragon on amazon.com) 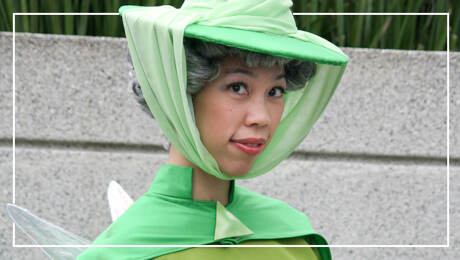 A.J. Wu, @confusedkittysewing, excels at crafting costumes, from period gowns to cosplay to traditional Chinese hanfu. Find out what excites her most about sewing these creative pieces. 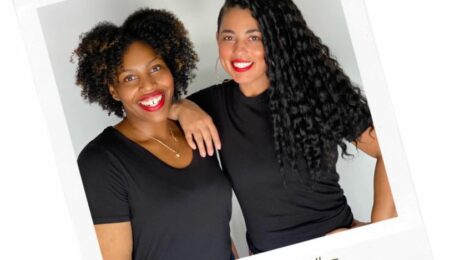 Melanated Fabrics, a collaboration of Mimi G. Ford and Brittany Jones aims to curate and provide high-quality fabrics, while striving for inclusivity and representation for all sewers.