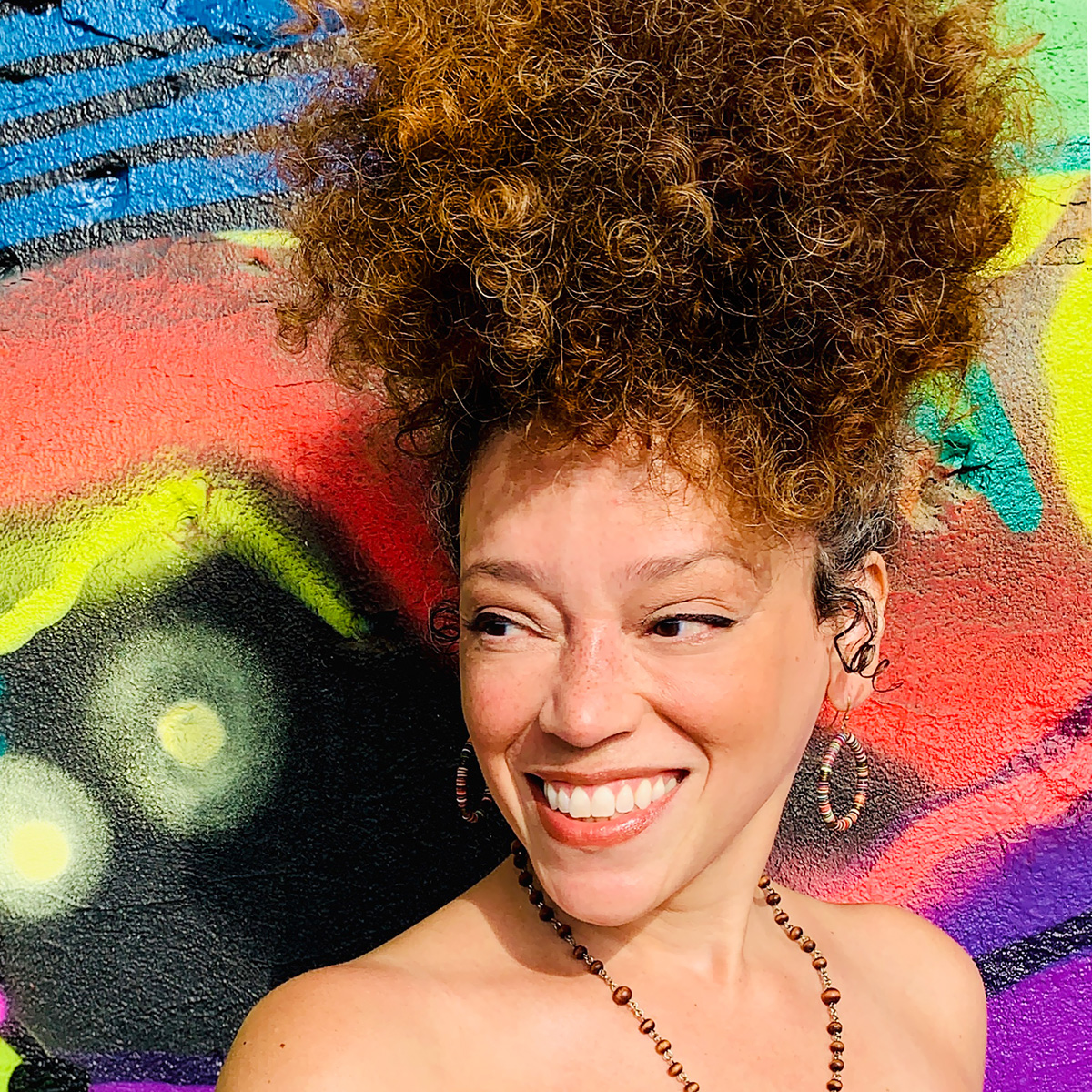 Marcy, who served as a Threads digital ambassador  (2020–2022), is a Broadway, film, and TV veteran. Her journey to sewing stemmed from a need to escape the everyday confines and clichés of the entertainment industry. She taught herself to sew online and through vintage sewing books, carrying a Singer Featherweight with her to various dressing rooms, and spending lunch hour rehearsal breaks in the fabric district of wherever her work landed her.

A hobby quickly grew into a passion, and a balm. As a mixed woman, creating her closet provided an escape from the box of the entertainment industry, in which actors are often placed in a “type” of look and race. In her technicolor closet, she plays herself to the fullest, and lives in her favorite realm: outside the box.

She runs the sewing blog, oonaballoona by marcy harriell, sharing her escapades with her husband and partner-in-crime, Rob, and making friends worldwide for more than a dozen years. Through this platform, she is consistently heartened to meet people who are wildly diverse—in age, race, religion, preference, politics—but who form a community through the common thread of creating.

Marcy’s designs have been featured on Vogue.com and The Today Show, in Vogue Patterns magazine, Mollie Makes, Sew Sew Def, in Threads, onstage, onscreen, and on many a red carpet—for herself, and for other rising stars in the entertainment industry. And there’s always something handmade for Rob.

You can catch Marcy and Rob on the fashion and entertainment series Re:Fashion on Craftsy, see more adventures on their  YouTube channel, and grab some technicolor eye candy on Marcy’s Instagram feed, @marcyharriell.