Last week, the designers were asked to create six looks in four days with only former contestants as help. We rejoin Austin, Mondo, and Michael on the day of the final show. The final three designers get to work finishing their collections in the workroom at the location for the runway show, Gotham Hall.

The VIP show included some big names from the fashion industry, but didn’t seem to carry the weight of the usual Fashion Week extravaganza. Nina Garcia was in the crowd, and thought the designers had come a long way from when she was judging them on Project Runway. The guest judges for the finale were Tommy Hilfiger and fashion director for Neiman Marcus, Ken Downing.

“Austin Scarlett” – I couldn’t make this up. So here is the description directly from the mouth of Austin himself, “a story of a vampire from the 18th century who has lived many hundreds of years and now resides in Williamsburg and occasionally borrows clothes from her Hasidic dandy friends.”

The judges thought this was more “best of” Austin Scarlett than a cohesive collection. They weren’t sure about the red carpet dress, but loved the leather lacquered look. The final wedding dress was a big hit, but did it fit the rock and roll vibe of the collection? Finally, the judges thought Austin brought youth to a couture collection, and that as a designer he was full of ideas. 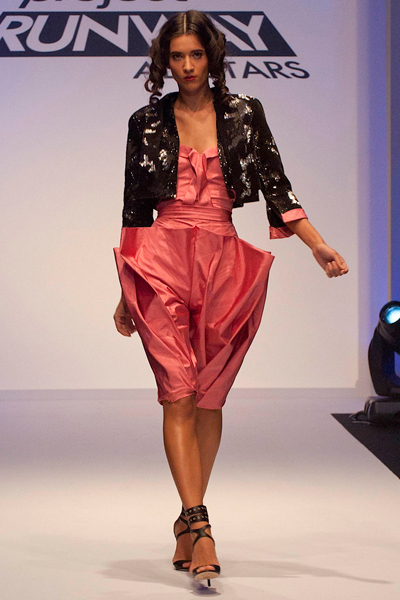 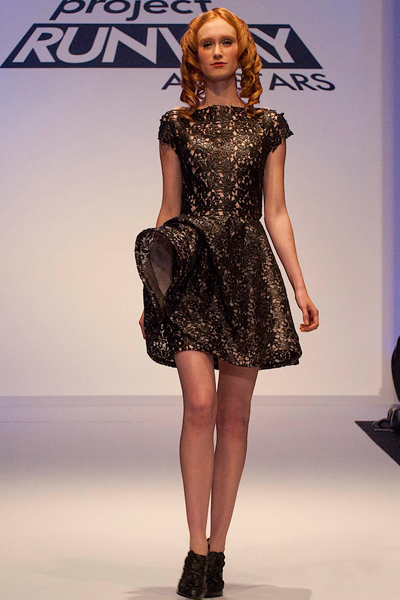 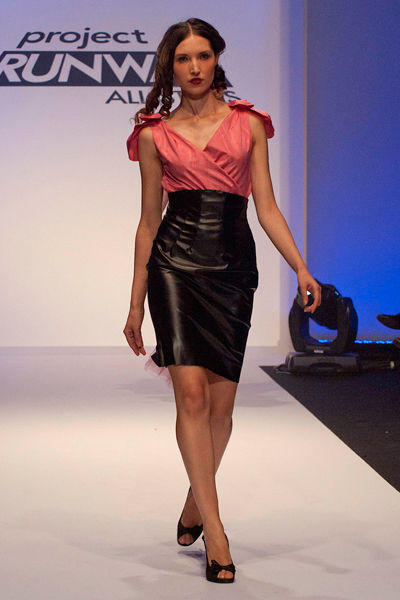 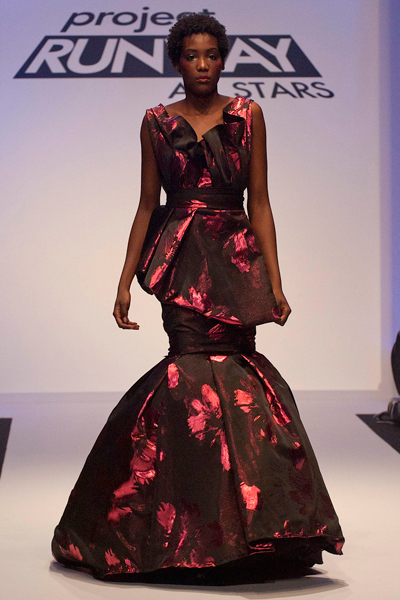 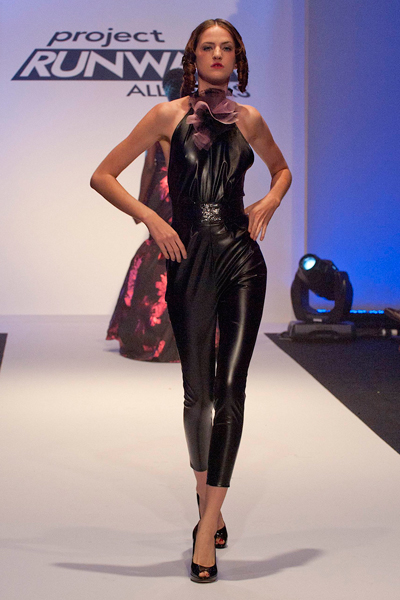 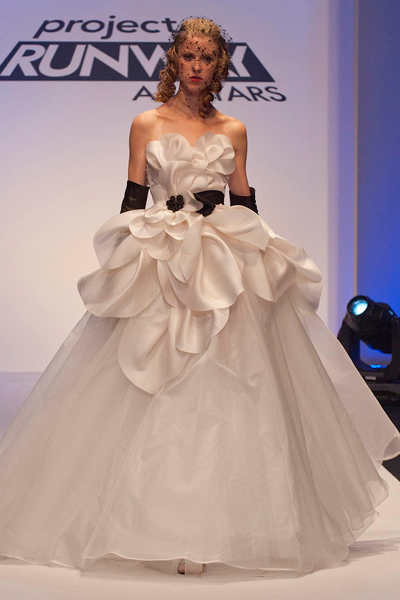 Serengeti – Taking you on a wonderful African adventure with this collection.

As usual, Michael finished his garments long before the other designers, but found at the last minute that his garments were not fitting the way they should. His final draped look is too large for his model by six inches, while another is too tight on one sleeve and too loose on the other.

The judges thought this was an exceptional collection with a cohesive attitude. They loved his draped sixth look and Isaac thought it exalted the flesh, but that overall it was too commercial with the prints. 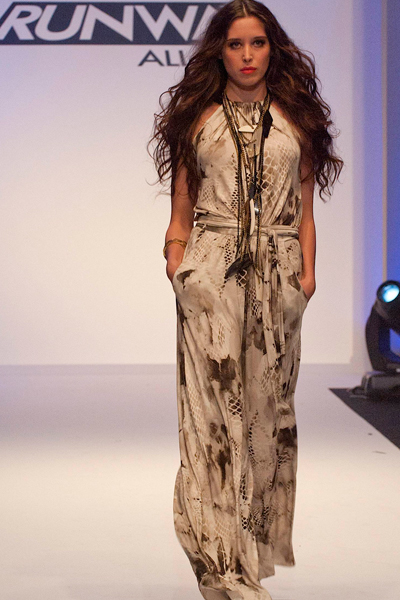 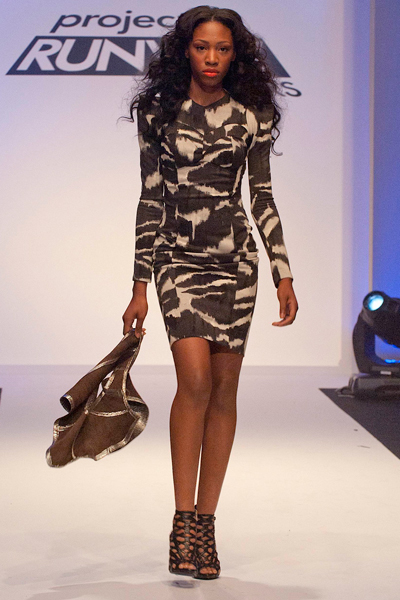 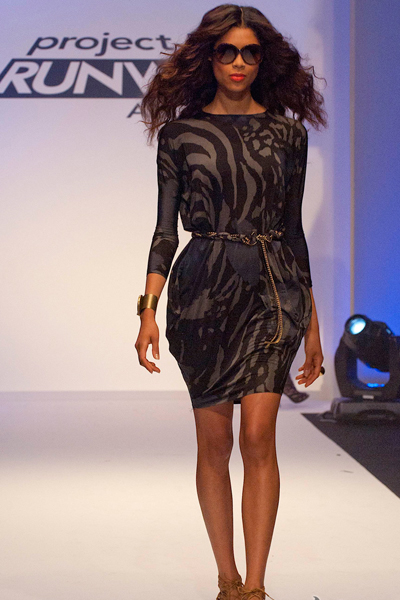 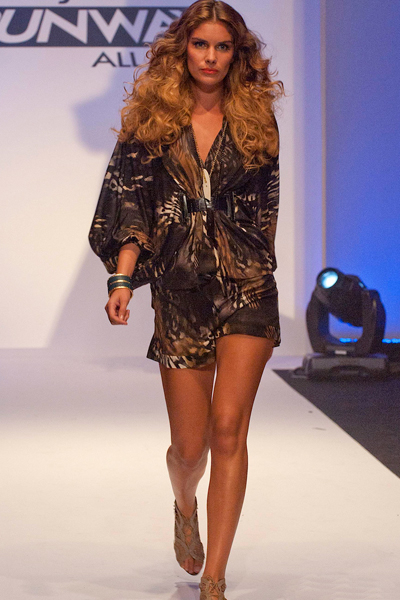 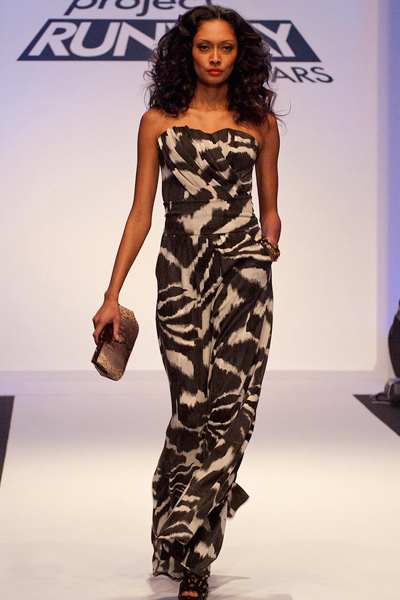 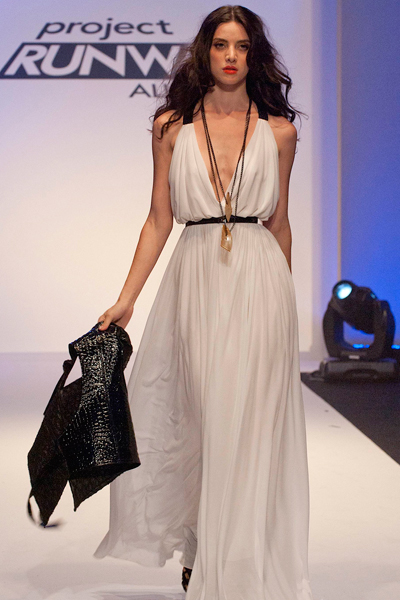 “Therapy” – Struggled with his emotions throughout this process, but finally found his inspiration. Mondo felt like he put all of his passion for designing into this collection.

The judges loved his awesome pants suit and thought the inkblot patterns paired with polka dots were a big win. This was the most cohesive collection carrying the dots all the way through. Only his final look added a different palate, but still kept the feel. They think Mondo did an incredible job, but also thought he could have done more. 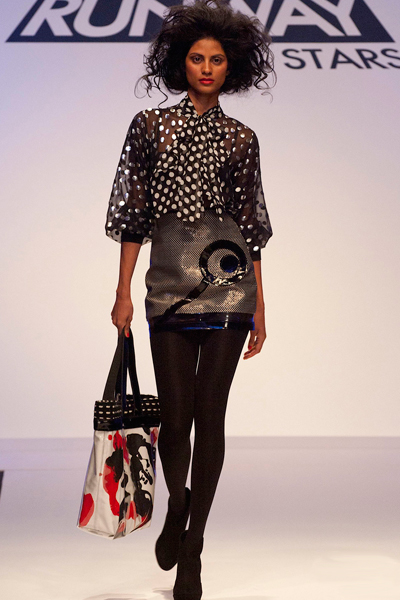 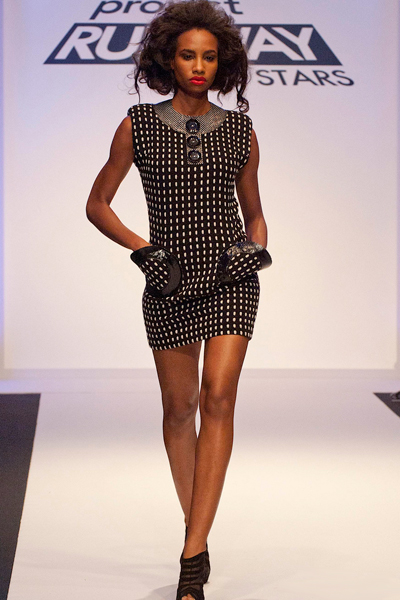 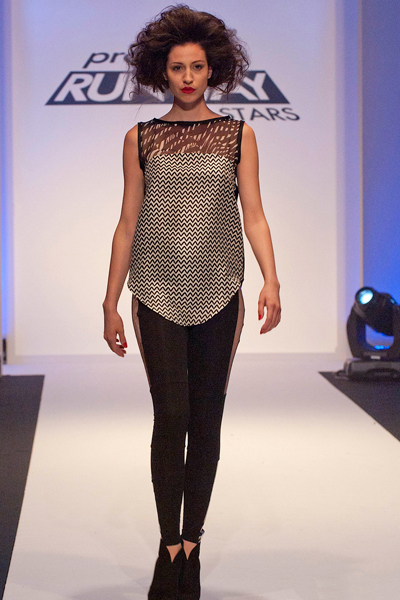 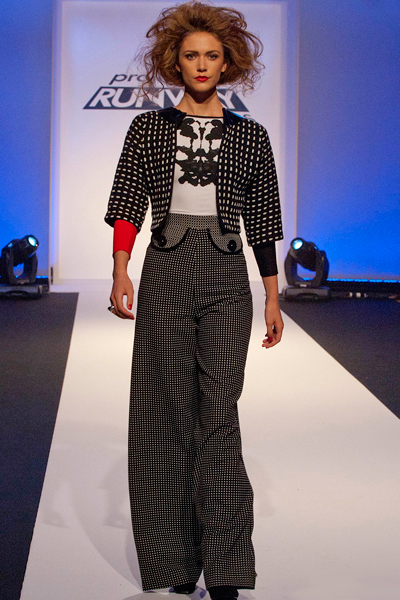 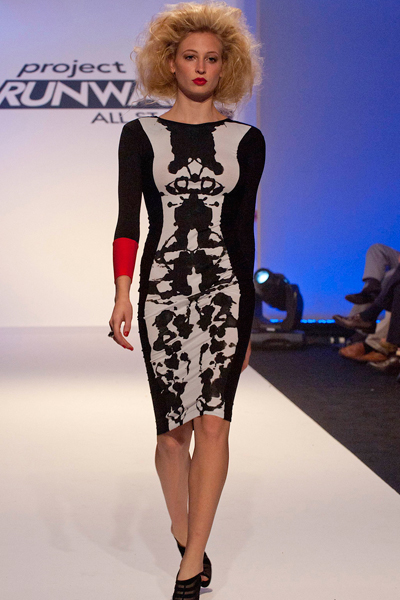 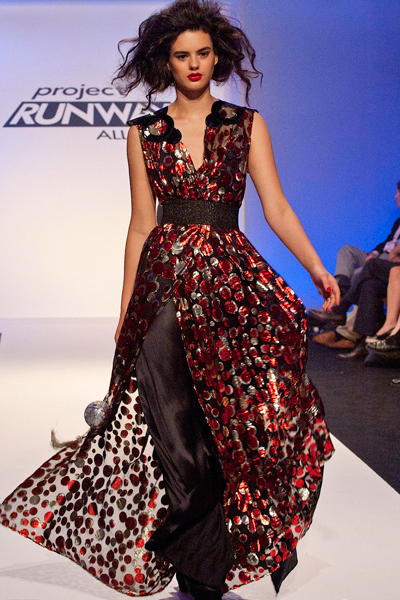 Guest judge Ken Downing explains the differences between the designers perfectly. Do you choose someone with too many ideas? Someone with a loss of ideas, but out of that loss something emerged? Or someone with a straight idea of where the collection was headed but it lost its excitement along the way?

In the end, Michael is out first (winning a trip to Paris), and the decision came down to a fight between the two drama queens of the runway. I don’t think anyone was surprised that Mondo was named the winner. I think when the casting for this season was announced most people could have guessed this could be the end result. Project Runway needed to make amends for “Gretchengate” and this was their chance.

Did you like this spin-off version of Project Runway or did you miss Heidi and the familiarity of our usual judges? Should Mondo have won with his final collection?