Stitch then press to secure layers for accuracy
By Katrina Walker Threads #207, Feb./March 2020

A thread that sticks

Fusible thread acts as a heat-activated adhesive in the same manner as a fusible web. The advantage of fusible thread over web lies in its fine gauge. It becomes a narrow line of adhesive when fused, which enables it to baste fabric pieces together, but avoids the undesirable stiffness that often results from fusible web.

These threads vary in structure depending on the manufacturer. Some have a slightly stiff multifilament form similar to unwaxed dental floss and others have a more typical twisted thread appearance and behavior. 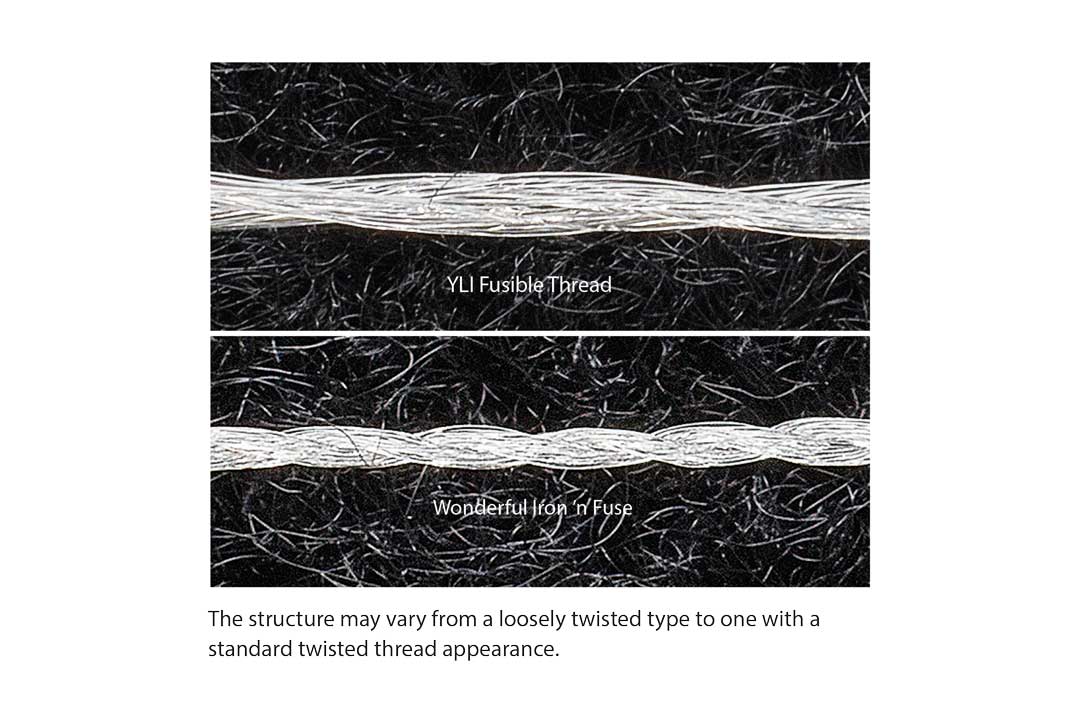 Fusible thread is generally used in the bobbin of a traditional sewing machine or in the lower loopers of a serger, depending on the technique. Most fusible thread techniques involve adhering the wrong side of one fabric to another fabric, so the fusible should be in the bobbin or lower loopers to ensure that the correct sides are fused together. This also helps to prevent the fusible thread from coming in contact with the iron, keeping the iron plate clean of adhesive.

I recommend winding fusible thread onto a bobbin at a slow speed to avoid breakage. If you plan to place the fusible thread in the needle, select a large topstitching needle, such as a 90/14. The larger eye and deeper thread groove help to protect the thread from shredding. As with any specialty thread, sew a few test pieces to determine whether you need to adjust the thread tensions.

You can apply fusible thread without stitching by laying the thread in place where you want the adhesive. With this method, the thread is sandwiched between pieces of fabric or other materials. This works well in places where the fusible adhesive is meant to be as invisible as possible or additional stitching is unwanted or unnecessary.

I’ll share some ways to improve your sewing with fusible thread. Once you work with it, you’re likely to discover many occasions when this clever product can increase your sewing efficiency.

Understitching keeps facings and linings from rolling toward the garment’s right side. Using fusible thread in the bobbin adds additional security. After understitching along the seamline, fuse the facing in place.

Fusible thread can keep facings from flopping around inside an unlined jacket. Thread the bobbin (for a hemmed facing) or the lower looper of your serger (for a serged edge facing) when finishing the facing’s outer edge. Fuse the facing’s free edge into place once construction is completed.

Fusible thread is helpful for basting zipper tapes in place when sewing a centered zipper. Start by basting the zipper area seam; press the allowances open. 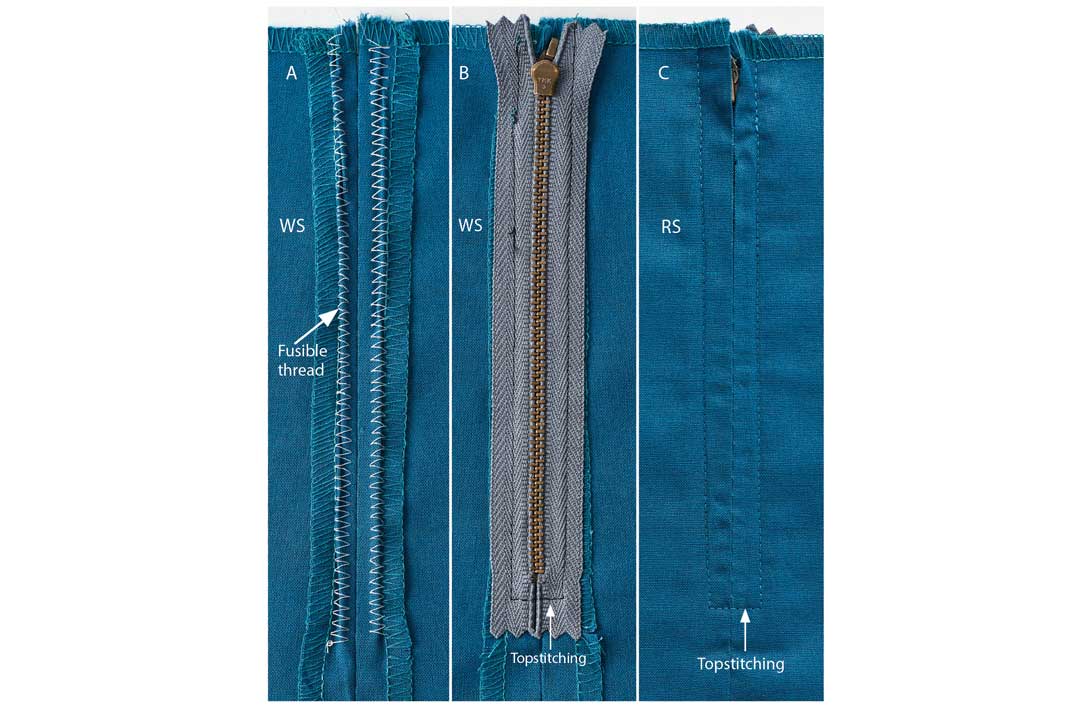 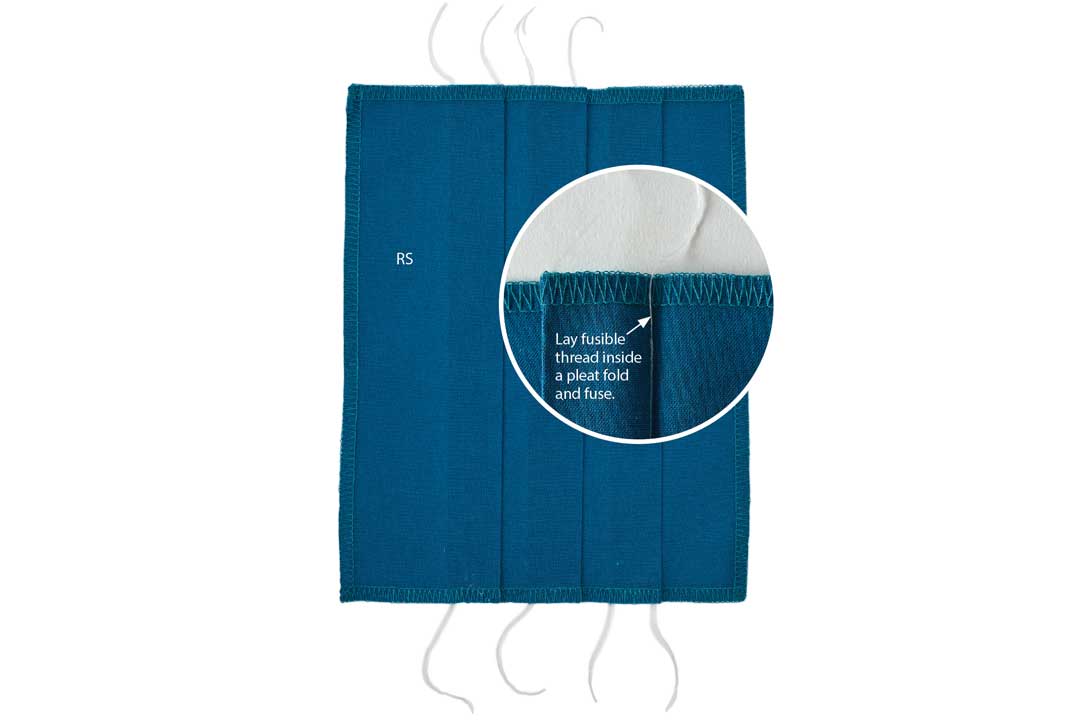 For easier handling, baste hems in place with fusible thread before stitching. Place fusible thread in the bobbin or lower looper when finishing the hem’s raw edge. Fuse the hem allowance in place, then hand- or machine-stitch. 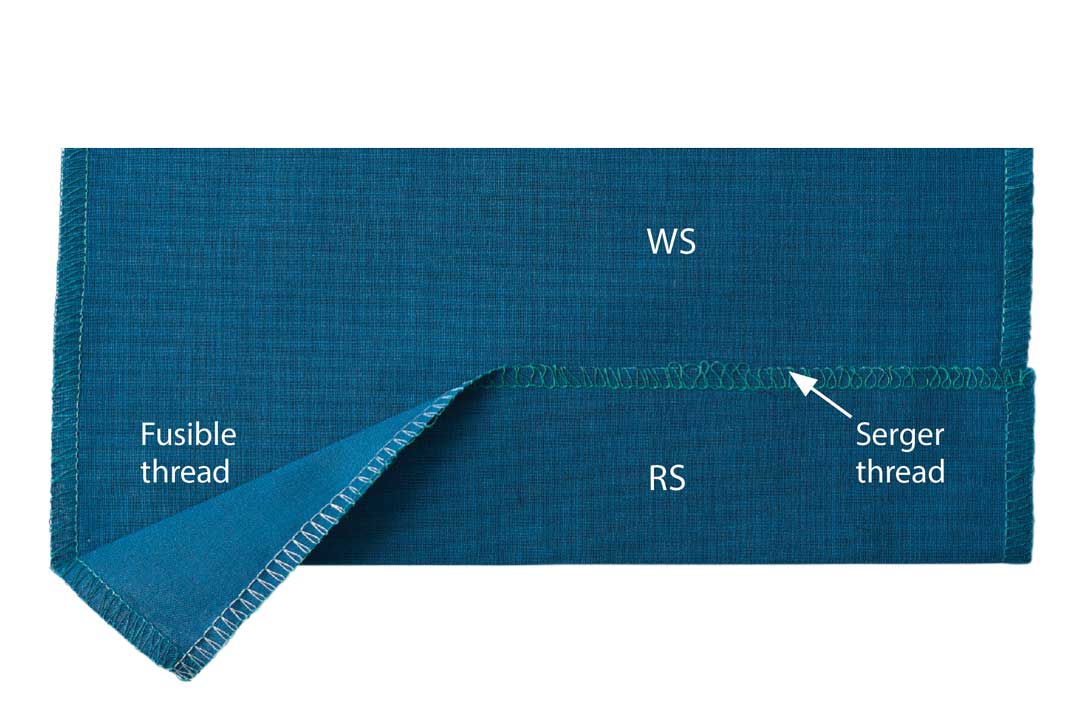 Create custom fusible ribbon trims and braids by serging them with decorative thread in the upper looper, and fusible thread in the lower looper. Fuse them in place on a project, then stitch permanently, if desired.

Use a zigzag stitch and fusible thread in the bobbin to attach the binding strip, with right sides together. Be sure to sew with the binding side up so the fusible is on the opposite side. Wrap the binding to the wrong side, and fuse in place. Finish by stitching the binding in place by hand or by machine. 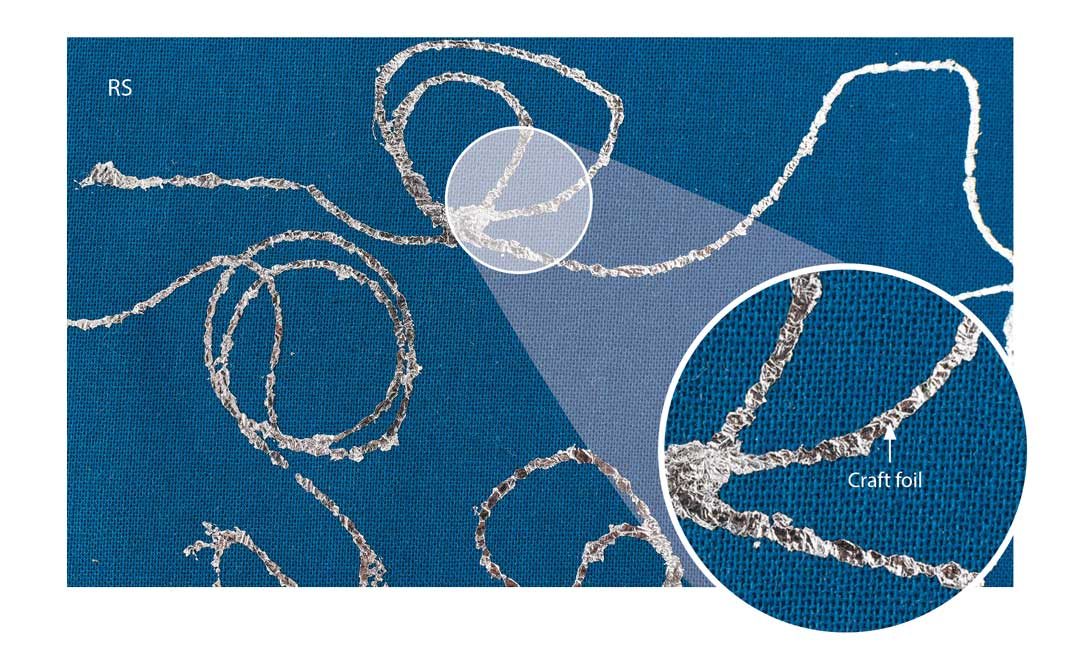 Stitch along the raw edge of an appliqué piece with fusible thread in the bobbin and fuse into place before permanently sewing the appliqué. You can place the fusible seam close to the cutting line if you stitch before cutting the shape. 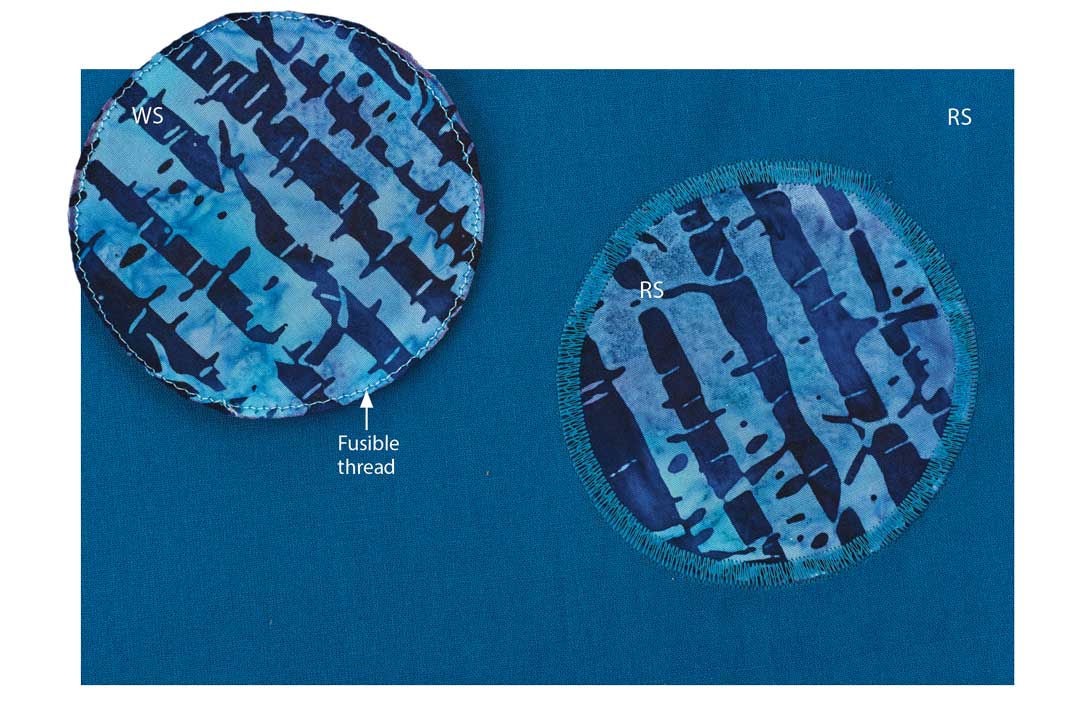 Katrina Walker is a teacher, designer, and author with expertise in a wide range of fiber arts. KatrinaWalker.com.