Patterns of the Past: Exploring the Men’s Vest

The men’s vest has existed for hundreds of years, but it wasn’t until the middle of the 20th century that home sewers were encouraged to sew their own. Men traditionally purchased their clothing from clothiers who specialized in men’s ready-to-wear or from local tailors, who were plentiful a century ago. The experience of having a suit tailor-made was not limited to a person of means.

The heyday of home sewing—roughly from the 1930s to the 1970s—saw a dramatic increase in the number of patterns printed by the commercial pattern companies. But since home sewing was largely practiced by women to address their own wardrobe needs and those of their children, fewer menswear patterns were available. Men’s patterns tended to be relatively simple garments a woman might sew for a husband or son: pajamas, bathrobes, and sporty camp shirts. Rarely did one find a pattern for a tailored coat or formal pants.

In the 1950s, a number of men’s sport jacket patterns, which often included a coordinating vest, became available. The vest was a popular mid-century menswear look that echoed the postwar Ivy League style. As a collector of vintage patterns, I own many of these jacket/vest combination patterns. I’ve made a few of the jackets. Until recently, however, I had never considered sewing a vest, as it wasn’t a garment I was accustomed to wearing. 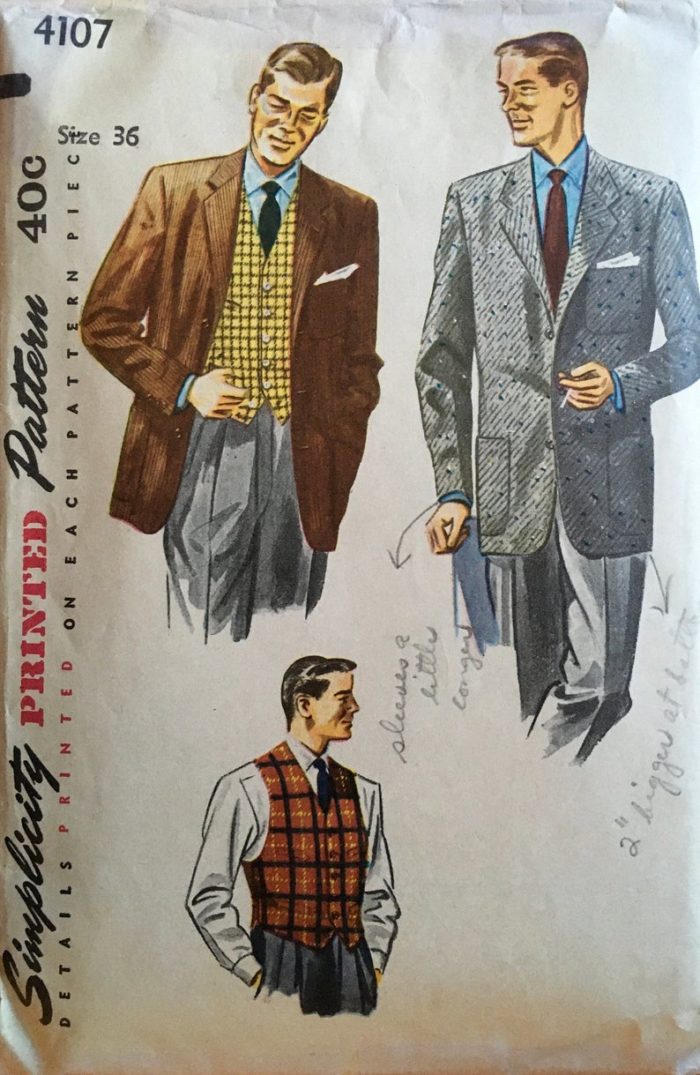 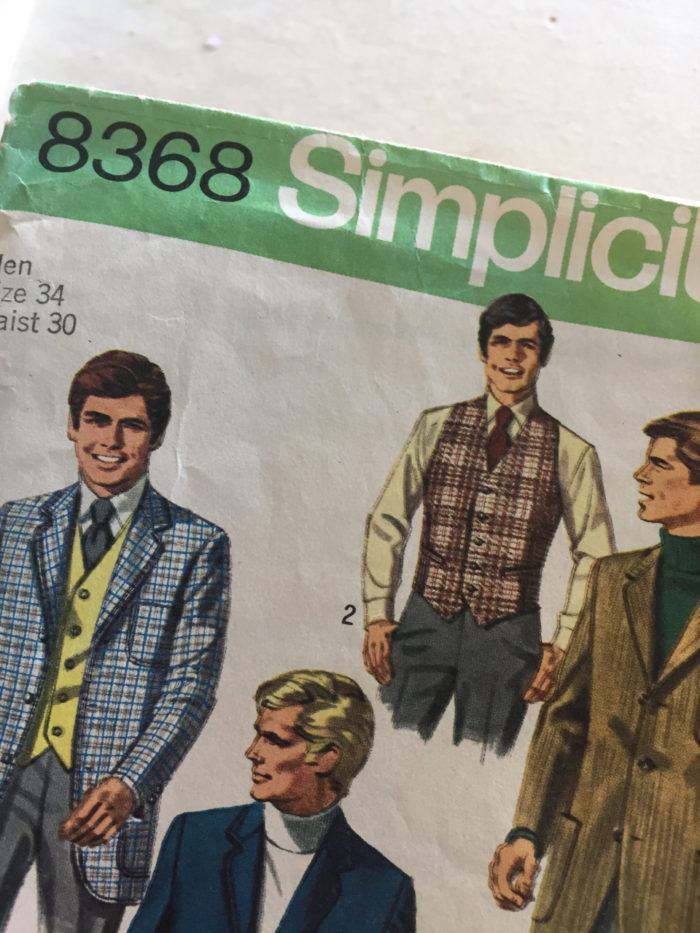 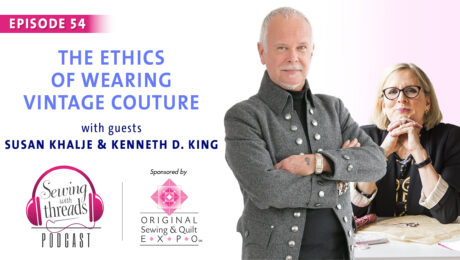 Two sewing pros discuss the handling and wearing of vintage couture and textiles, whether they are nostalgic or historically significant pieces.