The episode was titled “Tie the Knot,” and featured Jesse Tyler Ferguson, a star of ABC’s Modern Family. Jesse wears and designs a line of bowties called Tie The Knot. He’s also an advocate for marriage equality, and leads an organization of the same name. Jesse supplied the ties and acted as guest judge.

The designers had to “tie together” looks with the prominent details being bowties from Jesse’s line.

On to the designs!

Bradon McDonald’s design. Bradon hand-stitched together a bodice from bowties, and finished the outfit with a boucle jacket and shorts. Bradon was so overcome at winning that he proposed on the runway to his partner of 18 years, Andrew.

In a “Gift of the Magi” moment later in the episode, Andrew proposed to Bradon over video chat. Andrew didn’t know Bradon had proposed already, because the episode wouldn’t air for months! 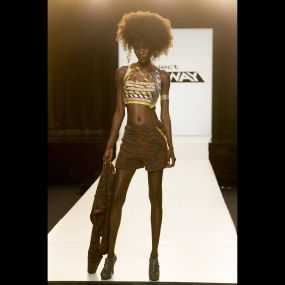 There was no official loser this episode because Sandro Masmanidi threw a terrible tantrum. Sandro couldn’t come to terms with Zac Posen’s criticism of his designs, and with the essential conundrum of Project Runway: Be yourself as a designer, but don’t get voted out by the judges.

Sandro had a yelling match with Helen Castillo backstage, then stormed out of the studio, knocking over dressforms and bashing a camera on his way out. The producers decided to count Sandro’s departure as a vote-out, meaning that he was the only designer to leave this episode.

A sigh of relief was breathed by everyone – the producers, the judges, Sandro’s roommates, and the other designers who would have been on the chopping block if Sandro hadn’t stalked out. 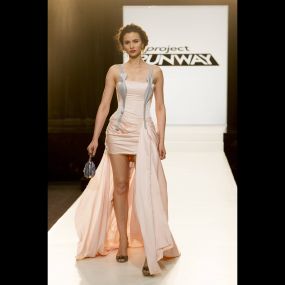 The worst of the rest

These designers would have been in big trouble if Sandro hadn’t departed. 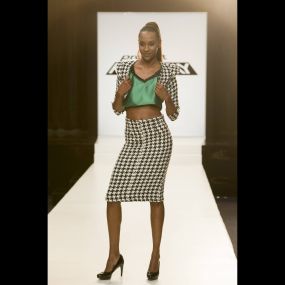 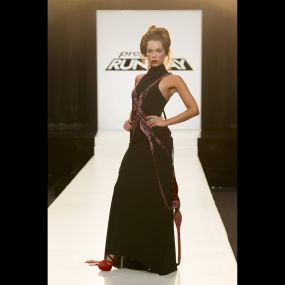 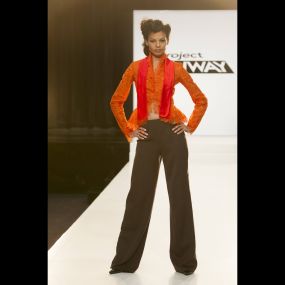 I think this is the third time Dom Streater has finished in second place: 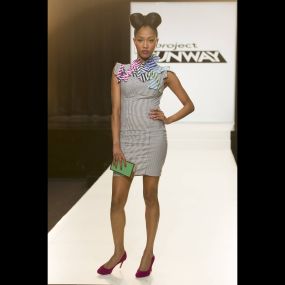 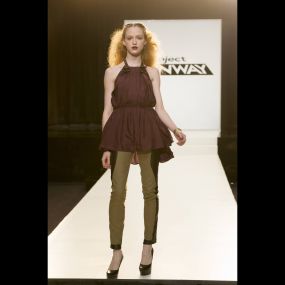 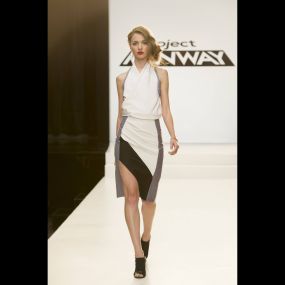 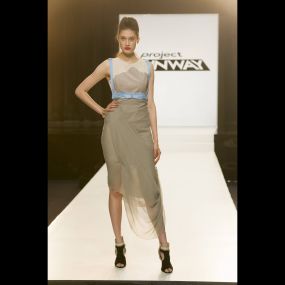 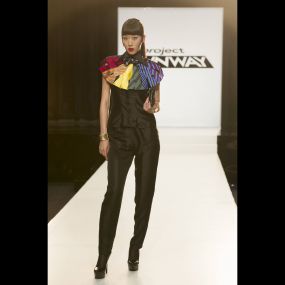 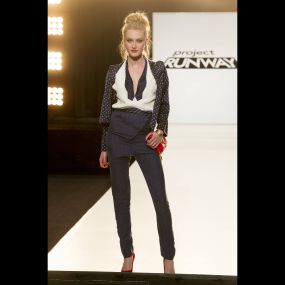 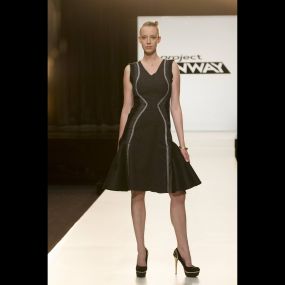 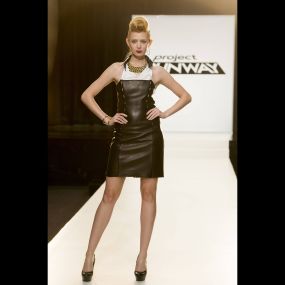 Sandro was a ticking time bomb, wasn’t he?

If Sandro hadn’t stormed out, which designer do you think should have gone home?

I was surprised none of the judges pointed out the seam and glaring mismatch down the center front of Miranda’s houndstooth skirt.

Bradon’s shirt was inventive, but didn’t you think it was very, very brief?

Who should go home next?

Alexandria von Bromssen has to make it work on Project Runway season 12.

Karen Batts has to make it work on Project Runway season 12.