The judges – Nina Garcia, Zac Posen, and Heidi Klum – eliminated one more designer from the final four, after all of the designers had worked for months on runway collections.

The remaining designers returned home after the 12th challenge:

Then Tim Gunn visited them all about four months later.

Tim critiqued each designer’s progress, then everyone assembled back in New York for a final runway critique and elimination.

Each of the final four designers presented three looks from their Fashion Week fall collections. 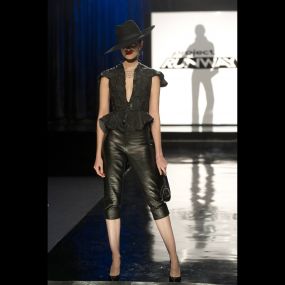 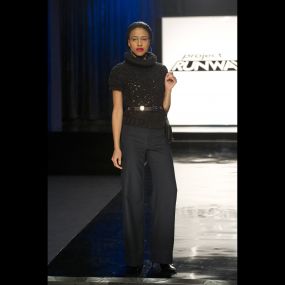 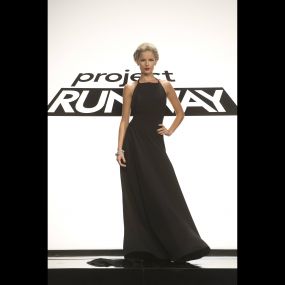 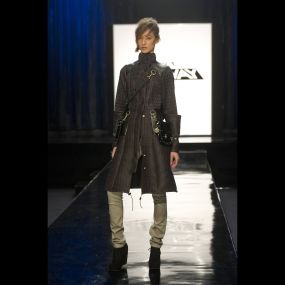 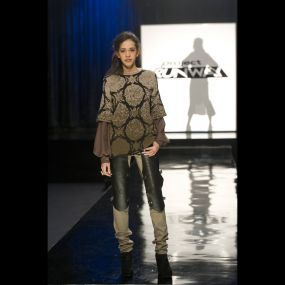 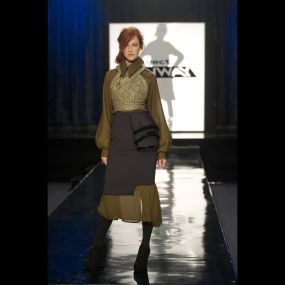 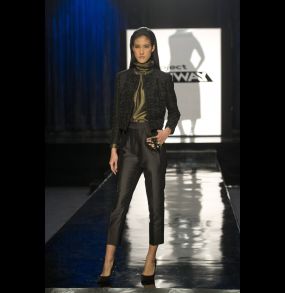 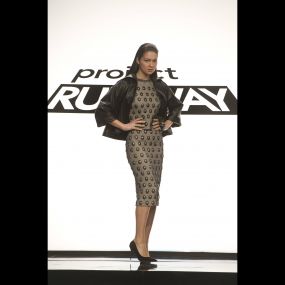 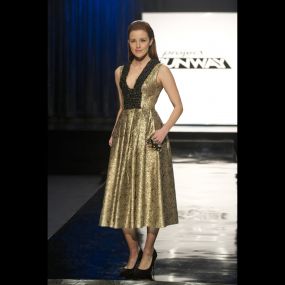 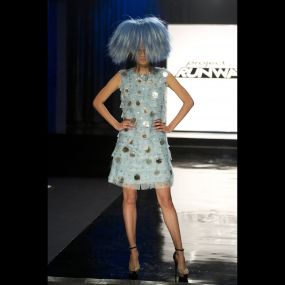 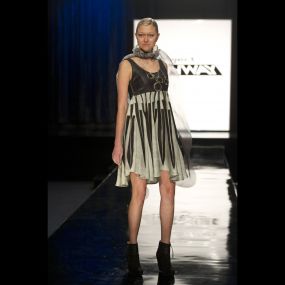 Then there were three

In a surprise upset, Stanley was in the bottom two with Daniel.

Michelle had the most positive critique of the final four. Her works were interesting and well made. She needed better hair and makeup and perhaps less “steampunk” accoutrements. Her coat had two saddle bags and a back cross-body bag, while a leather blouse/bib included a compass.

Patricia, true to form, showed what was either a terrible mess, brilliant design, or both at once. Her standout piece was blue mini dress with hand-made paillettes and bouncy blue horsehair headdress.

Stanley disappointed with a elegant, finely finished, mini collection in beautiful materials… that was a complete dud.  The proportions were unflattering and the colors were unexciting. Well, I take that back. The pant suit and blouse were beautiful.

Finally, Daniel just didn’t come up with anything new. His collection focused on stingray and leather, but Zac Posen said the designs were overly familiar. Not fresh, new, or exciting. Daniel had to go home without being able to show at Fashion Week.

I hope I wasn’t the only person confused about what exactly was going to happen in the Finale Part 1? I don’t think even the designers knew for sure if another competitor was going to be eliminated on this episode or not. Why weren’t they clear about it? If they change the rules – like keeping Michelle – I wish they’d let us know what the new rules are!

Are you still excited about seeing Stanley’s work? I completely agreed with the judges this time, and I was disappointed in what I saw of Stanley’s collection. Impeccable taste, in Stanley’s case, does not equate with any sense of fun.

Speaking of gloom, would it hurt Michelle to use some color?

Patricia’s blue dress and headdress was the one outfit that made me smile and that I can imagine remembering from a runway show or magazine editorial. But her pieces weren’t cohesive at all – aside from the use of horsehair. Do you think maybe Patricia can pull it together and win?

The remaining designers get ready for the next challenge.

Tim Gunn presents the thirteenth challenge to the remaining designers.

Daniel Esquivel working on his design.

The remaining designers in the finale event.

Stanley Hudson working on his design.