In this third week of Project Runway All Stars, Season 5, contestants were introduced to country band Little Big Town. Each of the band’s four members outlined what they liked about their collective style, and the designer contestants were paired up to create designs incorporating the idea that “opposites attract.” Within the partnerships, each contestant was responsible for designing a look. Little Big Town’s Karen and Kimberly were the guest judges for this episode. They had a stake in this challenge, after all: Both would wear the winning designs onstage.

Sam, the winner of the last challenge, was tasked with selecting the partnerships. He chose to work with Kini, the so-called fabric “wizard.” Asha and Alexander were paired, and Alexander happily pointed out how great they got along. Layana and Emily high-fived over being paired. Dom gave Ken a thumbs up when their names were called. When Sam paired Valerie and Stella, however, their jaws dropped–and not from excitement. Stella said she and Valerie were polar opposites in terms of style. But because that was the point of the challenge, that could work to their advantage. Last, Daniel and Mitchell were paired. Daniel described it as “the worst pairing [he] could have possibly imagined.” This final pairing by Sam was no surprise given Mitchell’s and Sam’s patchy relationship. Sam seemed to be setting up Mitchell to fail.

In the workroom, opposites were not attracting. In fact, Valerie and Stella were clashing to the extreme. While fitting their model, they began fighting about who would do what. Daniel and Mitchell also were butting heads over control: Daniel was too in charge as far as Mitchell was concerned. 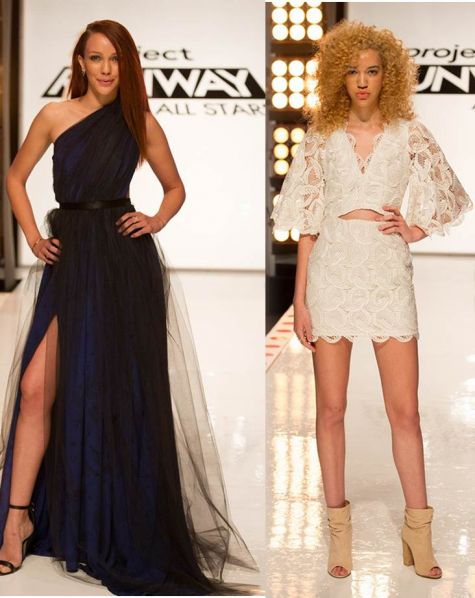 Asha and Alexander were motivated by channeling light and dark. Alexander took on the challenge of the dark dress and chose to do what he does best, creating floor-length gowns. I’m not a huge fan of tulle, but Alexander changed my mind with this gorgeous dress. It was feminine with an essence of edginess. Asha’s design was also beautiful. The white lace looked light, despite its double layers, and the dress was fun. It was perfect for a country singer. Both dresses, without a doubt, were red-carpet ready. 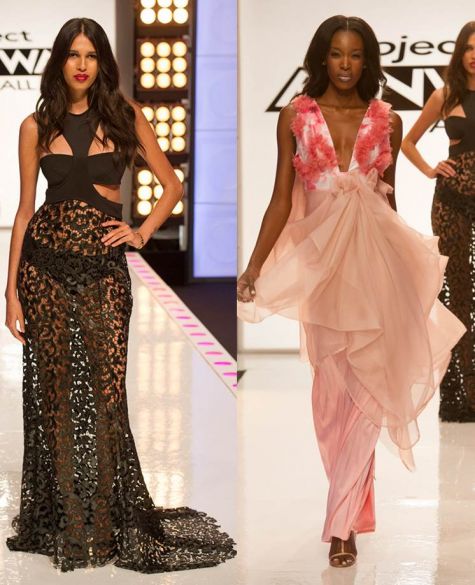 Daniel’s and Mitchell’s designs were inspired by the concept of “pleasure and pain.” Normally, I have a bit of pause with whom the judges choose to eliminate. In this case, I agreed that these two designs deserved to be deemed “losers.” Neither were meant for the red carpet. Both garments look unfinished, and they don’t complement each other. Though they are supposed to be opposites, they are almost too opposite. Mitchell’s pink dress looked like a craft gone wrong with the feathers glued to the bodice of the dress. These designs resulted in Daniel going home. 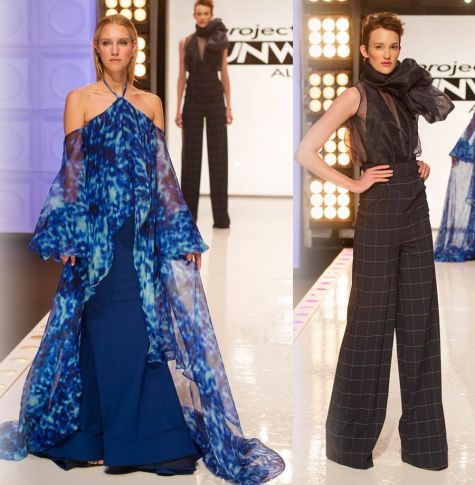 Sam’s and Kini’s designs did not win simply because the judges could not envision them on the red carpet together. They were too different. Overall, the judges loved the styles and the construction. The jumpsuit, inspired by the city of Boston, and the dress, inspired by that state of Hawaii, were great ideas in theory, but when they came together, they just clashed. 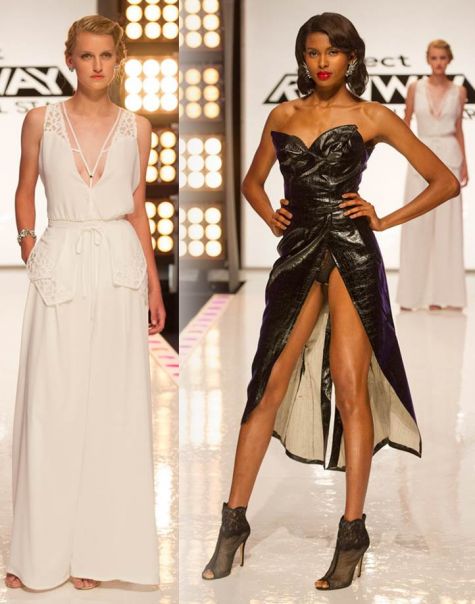 Stella’s and Valerie‘s designs were created with the naughty-and-nice concept in mind. Stella is known for her leather-inspired designs, while Valerie always makes flowy garments. Valerie wanted to stick to her sweet designs with a pantsuit featuring a lot of movement. Stella wanted to create a dress that a rock ‘n’ roller would be proud to wear. Judges loved Valerie’s design, but Stella’s chosen fabric sent them to the bottom. 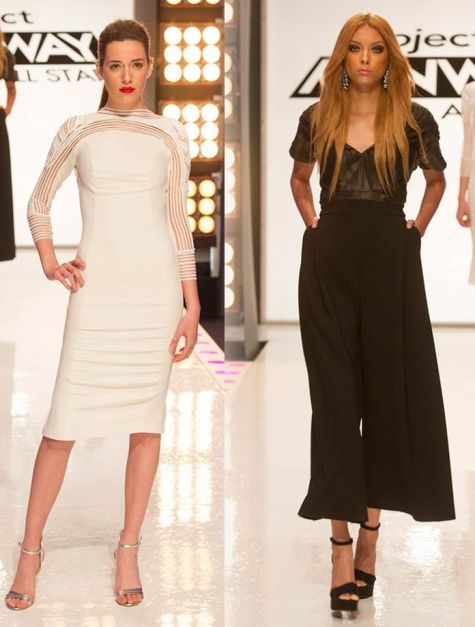 Ken’s and Dom‘s designs looked great together and, honestly, I am surprised that they were not in the top pairing. They were both very simple, and no one can go wrong with the black and white design scheme. Maybe the judges felt the designs were too safe. 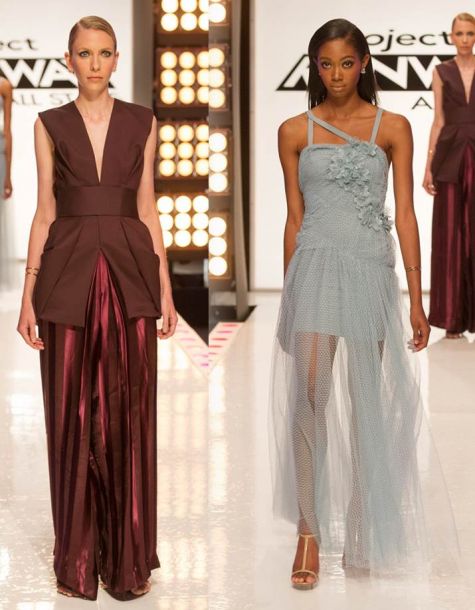 Layana’s and Emily‘s garments were beautiful separately. That may be the only reason they were saved because together, the designs didn’t work well.

Do you think that Daniel deserved to leave? Let us know in the comment section below, and tune in to Project Runway All Stars at 9/8 central time Thursdays on Lifetime.

Contestants Emily and Layana collaborate on their designs. 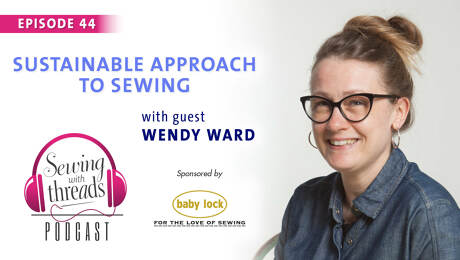 Well-chosen lace embellishments complement your fabric and design elevate your garments to couture level. Learn how to machine embroider your own custom lace.